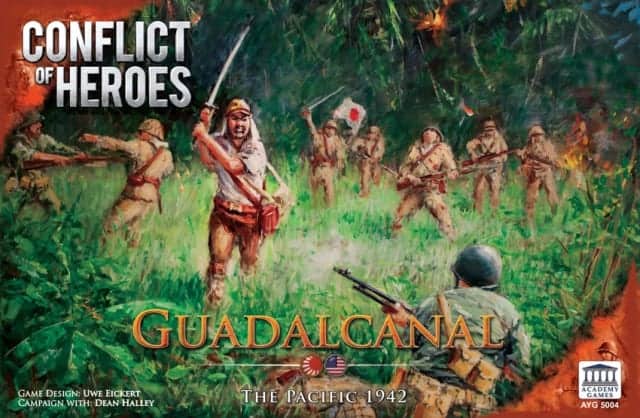 In 1942, the Japanese empire exploded across the Pacific, conquering everything before them. The only large land mass still held by the Allies was Australia, which they desperately needed as a staging area for a planned U.S. led counter-attack. The Japanese knew of the importance of Australia, but lacked the resources to conquer it, so they decided on the next best thing: Isolate Australia from the United States by building an airfield on the island of Guadalcanal, from which planes could disrupt the Allied supply lines.

The United States, ill-prepared as it was for any offensive actions, immediately attacked with the 1st Marine Division under the command of Major General Alexander A. Vandegrift, caught the Japanese by surprise and easily took control of the airfield. The Japanese 17th Army, under the command of Lt. Gen. Harukichi Hyakutake, counterattacked with an ever-increasing number of troops. For the next four months a titanic struggle took place in the air, on land and on sea as the isolated Marines and U.S. Army fought for their lives to hold their tiny perimeter around the airfield against the might of the Japanese Empire.

Conflict of Heroes: Guadalcanal – Pacific Ocean 1942 recreates this struggle on your tabletop and includes gorgeous beach and jungles maps of the South Pacific, amphibious landing craft, the USMC, Japanese Banzai Charges, night combat, and much more.