Quinns: Books! They’re like very long board game manuals without a game.

Now I’ve got a good 23 years’ distance from the bullies at my school, I’m freely able to say that I think books are nice, and today on the site I want to recommend the board gaming books that I’ve had the most fun with. There’s fiction and non-fiction, controversy and aliens, a Go master at the end of his life and a 21st century designer at the peak of his powers.

But best of all, each one has helped me to understand this ancient hobby a little better. 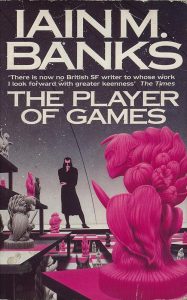 Matt and I both fell in love with this sci-fi novel when we read it as teenagers and it more than holds up today. The protagonist, lifelong game player Jernau Gurgeh, agrees to travel to an alien system where a fabulously complicated board game determines your place in society. Jernau’s mission? To compete in the tournament as a foreigner and perhaps spare the galaxy an ugly war.

The “game” in the novel is probably most similar to Diplomacy or Civilization, but the real delight comes from Banks’ ability to exaggerate contemporary games. To this day I’m still in love with the image of a desperate Jernau cradling an organic playing piece, trying to somehow “know” it. Though secretly, the games Jernau plays are just part of a larger contest…

If you enjoy Player of Games (and I don’t know anyone who hasn’t), the author’s early works are all treasures. Consider Phlebas and Use of Weapons are stellar sci-fi, and The Wasp Factory is a great place to start with his contemporary fiction.

The Master of Go / Yasunari Kawabata 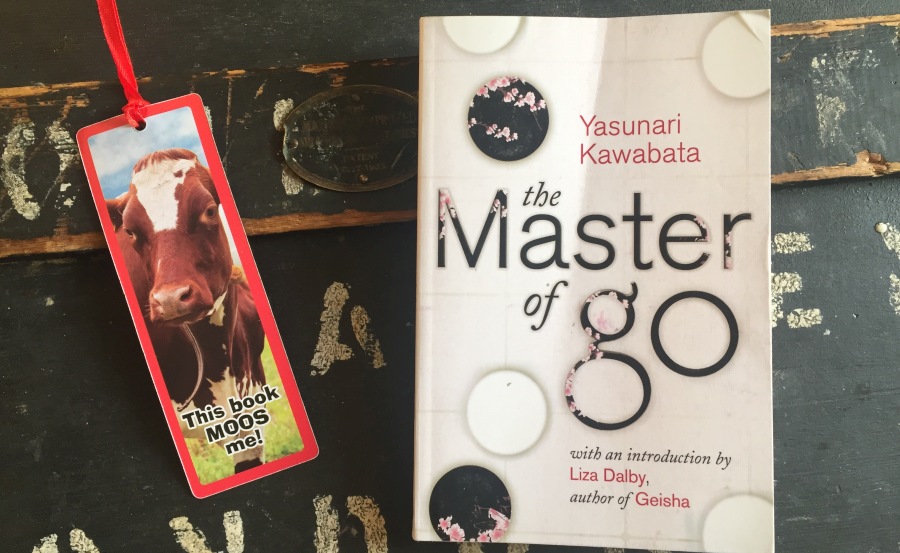 There’s no word for it in English, but The Master of Go is “fiction-ish”?

In 1938 author Kawabata was a reporter present at the final game of an aging Go master. It took a staggering six months for the game to end and the master died soon after. The Master of Go is a gently fictionalised account of that game, even including occasional diagrams of the board state (which mostly serve to show how hellaciously inscrutable Go is).

The Player of Games is fun to a modern gamer because it’s evocative and recognisable. The Master of Go is almost the opposite- the Go board depicted in this book is a dark, old, bottomless abyss with no parallel in gaming today. Compared to Player of Games, the Master of Go is literally stranger than fiction. The 2,500 years that Go has been around for have allowed the culture of the game to evolve into something almost unknowable.

None of which means that this is a hard book to read, mind you. It’s a short, sweet little novel. Consider it required reading if you’re interested in board games, not because you can see the contemporary hobby in it, but because you can’t.

Or I can’t, anyway. Maybe your favourite board games involve more death and anguish than mine.

GameTek: The Math and Science of Gaming / Geoff Engelstein 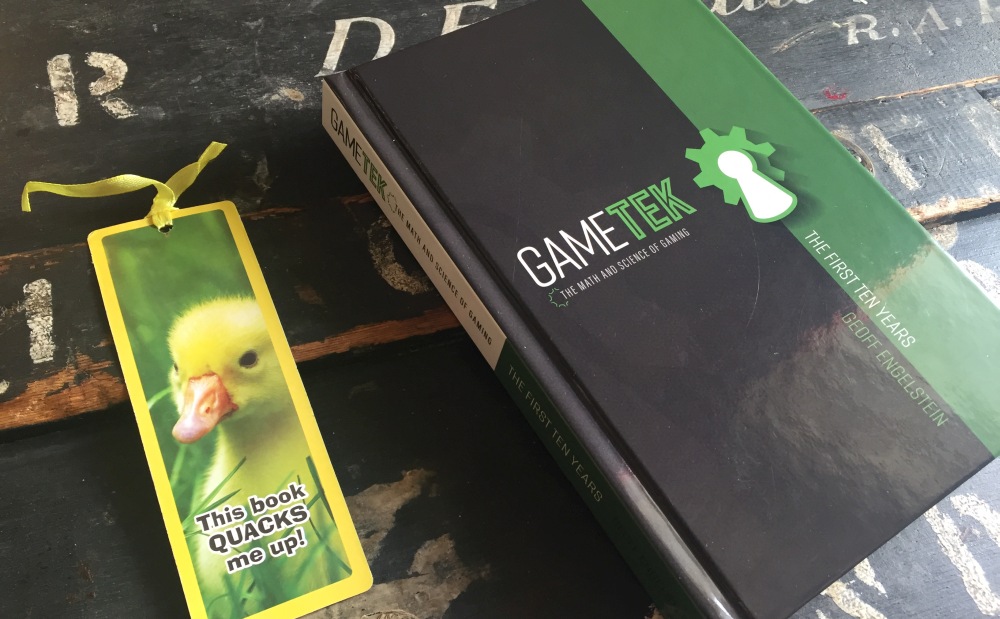 Ah, the perfect gift for that special poindexter in your life!

Geoff Engelstein might be best known as the designer of whimsical games like Space Cadets and Pit Crew, but he’s also a professor of board game design at New York University and a true fountain of wisdom. Don’t be misled by this book’s phlegmatic title. I was giggling aloud as I popped each new page into my brain like so much candy.

From why games need good endings, to the mathematics behind card shuffling, to how chess players are ranked (and why that’s a problem), every page of GameTek has a new secret it wants to share with you. It’s half pop science book, half incorrigible gossip, and I love it. If Geoff writes another book I’ll be buying it on day one.

GameTek also has a fun appendix of recommended reading, which led me to… 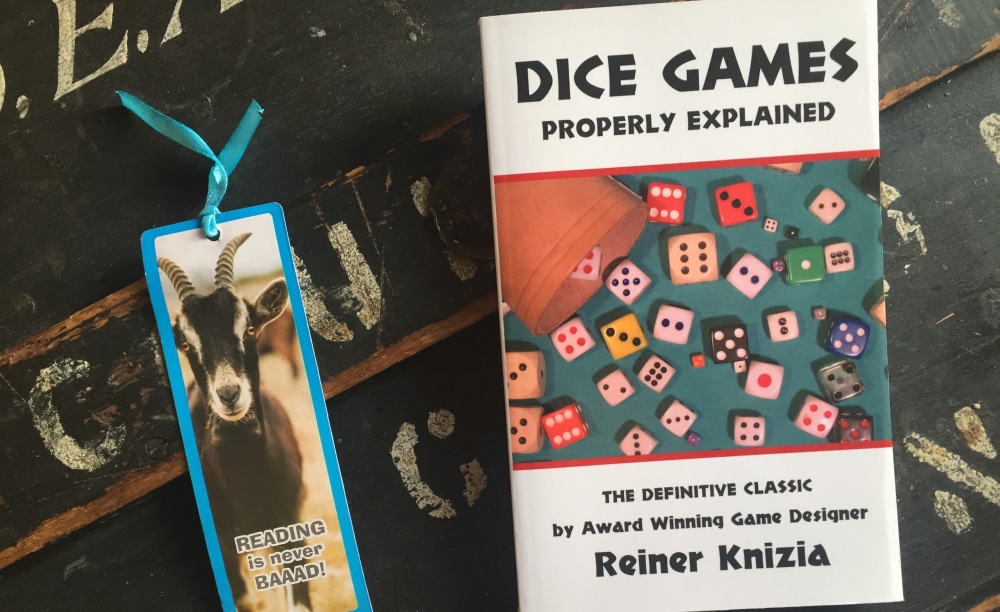 Engelstein lists a few “catalogue of games”-type books in the back of GameTek, but this collection of dice games by Reiner Knizia (the designer of Ra, Tigris & Euphrates and more than 600 other games) is far and away the best.

It’s not just that Knizia showcases these games in a manner that’s concise, yet colourful, with all sorts of little remarks as to strategy, history or what makes the game fun. What makes Dice Games Properly Explained so exciting is that this is a whole genre of games that nobody plays anymore. When I got to a bluffing game called Little Max I was laughing out loud just reading the rules. When I got to the section of betting games, the book had me fantasising about a game that might let me turn my living room into a casino.

If you’re an amateur designer there’s no time to waste. Buy this book and rip one of these games off immediately. We can’t let all of these ideas fall by the wayside!

Playing at the World / Jon Peterson 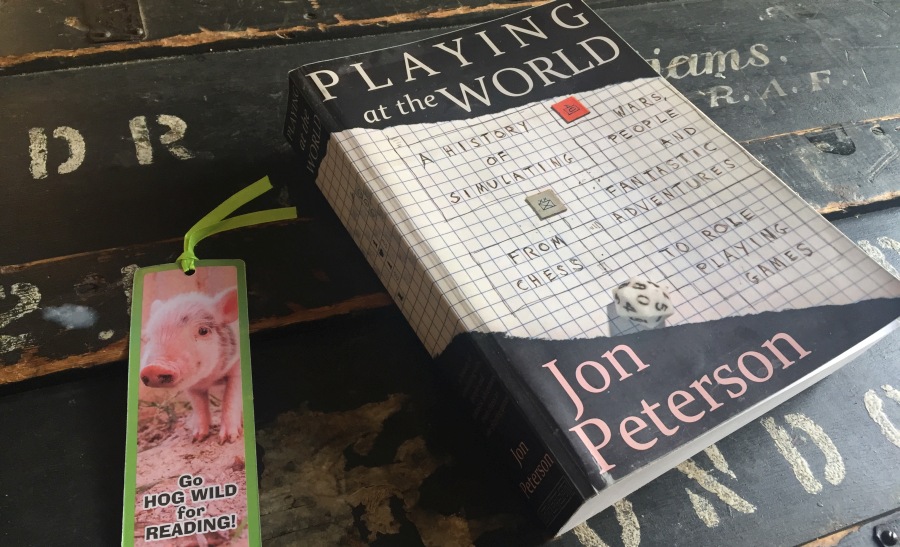 An order of magnitude longer than any book on this list, Playing at the World is a heroic document on how wargaming in 1780 evolved into Dungeons & Dragons and the dawn of roleplaying in 1977.

The book can be quite academic so you might have to skim-read sections that don’t interest you, but I found myself interested in pretty much all of it. From the chapter on how the medieval fantasy genre came about (which is book-length just by itself), to the history of Diplomacy and “playing roles”, to the struggles companies had in trying to sell Dungeons & Dragons, I found myself continually charmed by the people Pererson depicts.

This book also made me realise that D&D can be found in the DNA of most modern games, which makes all of the missteps and weird evolutions that the game went through particularly juicy. Our nerdy world could have been so different if that had taken off instead, or they’d stuck with that idea instead of this one!

Incidentally, if you’re interested in a similarly good book about the early history of video games, Replay by Tristan Donovan is my favourite. I had so much fun reading it. 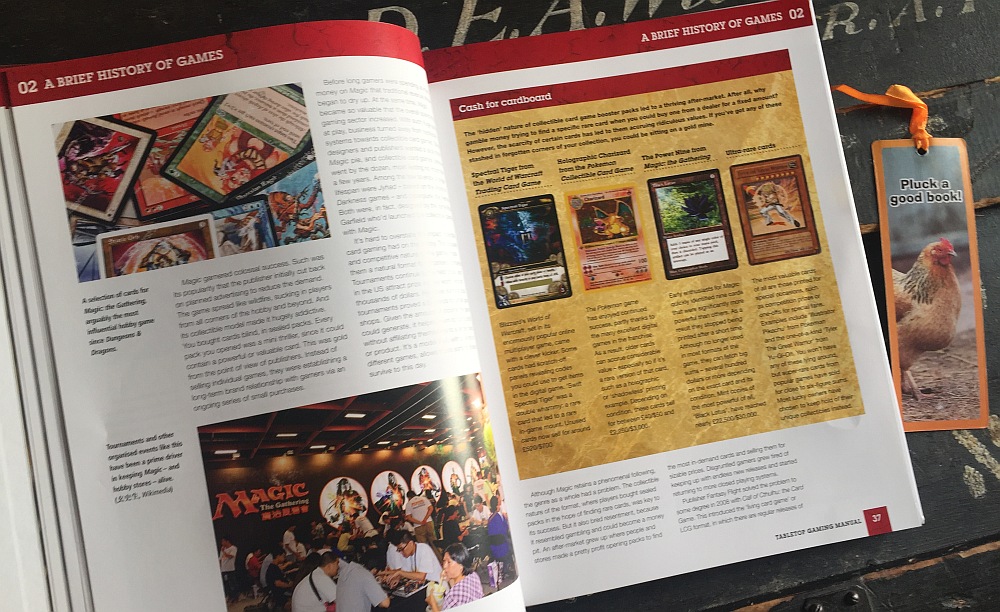 Finally, here’s a curiosity written by none other than Matt Thrower, a freelance reviewer for this very site!

Haynes is a UK publisher of hardback “general interest manuals” for everything from cars, to pigs, to the Millenium Falcon, to nuclear weapons. This year they commissioned one for Tabletop Gaming and Thrower did some sterling work.

In 183 full-colour pages the book takes you on a tour of the entire hobby. The first couple of chapters are a breakneck sprint through the history of games, and after that the chapters cover everything from where to play games online, to how to store games or paint miniatures, to how mathematics fit into the hobby or how small publishers make ends meet.

If you needed to explain this entire hobby to aliens, or perhaps your parents, this is the book to get. Although I think the final line of this manual could have sufficed as the entire book: “So long as you’re having fun, you’re doing it right.”

What are your favourite board game books, everybody? As tangential as you please. 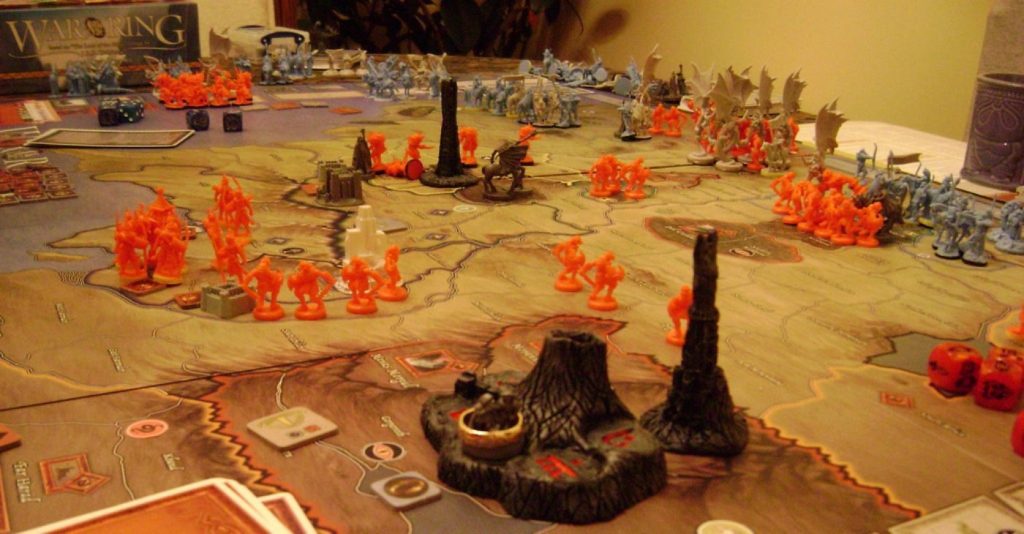 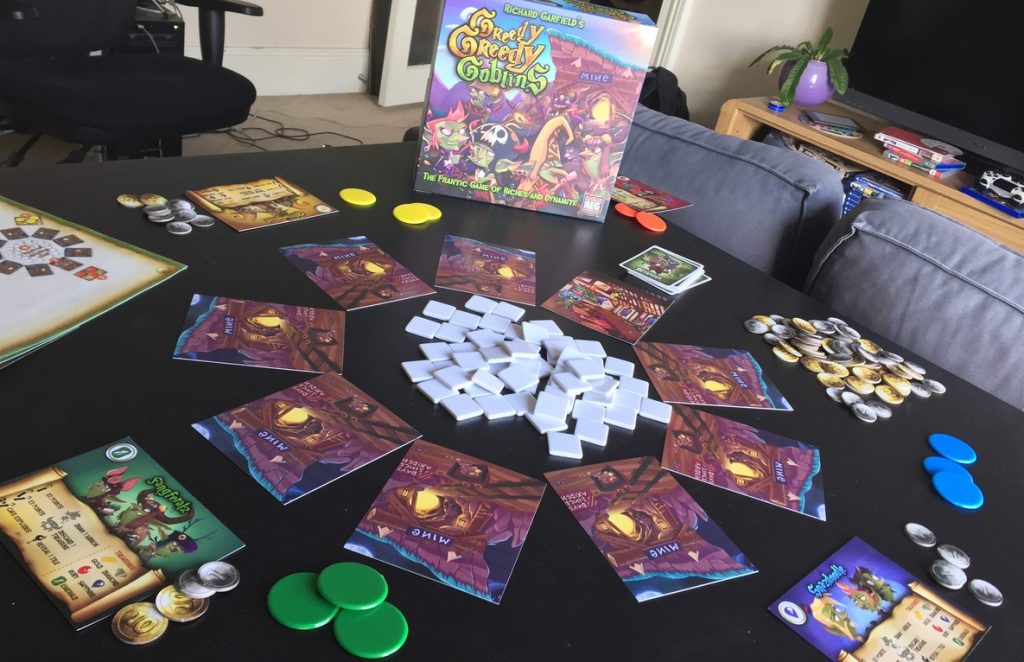