Quinns: The other day I was perched on a windowsill and talking to myself. Nothing strange there, then, but what’s (comparably) interesting is what I was saying to myself. I was explaining the rules of a card game, as if to a group of first-time players. I had people coming over that evening and I wanted to make sure I could explain the rules as smoothly and quickly as possible.

Is this something you’ve ever done? Does it sound crazy to you, rehearsing a rules explanation? Well, look here. You wouldn’t invite over a group of friends only to have them find you sprawled on the sofa in your dressing gown, a hint of your genitals barely visible like some cowardly and as-yet uncatalogued subterranean mammal, would you? No. You respect these people too much to let them see you in such an embarrassing state of unpreparedness. So you should also respect them enough to be able to present those rules like a pro.

I’m not even going to touch on the subject of people who bring a game to a gaming session when they haven’t read the manual, because they should, as a species, be locked into fridges and pushed down the deepest mine shafts of the world. But here’s my argument: If you can’t do a half-decent job of actually explaining those rules, you’re no better than a host who can’t even remember them.

And if you’ve never had to explain a game’s rules, you should try it some time, because it’s certainly not as easy as you think. Let me make this abundantly clear. The rules explanation is the worst part of any board gaming night. It is you at your very stiffest, trying to set the tone for the fun evening ahead, yet finding nothing but rules and regulations tumbling out of your mouth as you introduce to your players clause after clause. You’ve got your friends together to have fun, and there you are explaining the REGULATIONS of tonight’s entertainment.

And this isn’t quick. It goes on for minutes on end, minutes that may feel like hours, and for those minutes you become a physical embodiment of the reason that non-board gamers live in fear of playing something new. You are awful. You are the worst thing. You know it, too, as your throat gradually dries, your tongue begins to flap lifelessly in your mouth and you fumble cards, tokens and playing pieces across the tabletop. This is going to be great, you try to remind everyone. We’ll have a fantastic time, you tell all the blank faces staring back at you.

In fact, the only thing worse than this is if (or when) you somehow make a glaring error in your meandering narration and find yourself having to explain to a player when you’re finally playing the game that the move they’re about to make, that one they’ve based their entire strategy around, is illegal. They can’t do it.

Paul: Familiar? You’ve been there too?

There’s no easy way out of the rules explanation scenario. Every board gamer will have to endure one sooner or later and even the very best, most intuitive games can’t entirely explain themselves. Still, there are ways to make that scenario easier.

Explaining rules should be thought of like subjecting your friends to the world’s most miserable stand-up act. That’s the healthiest way to go about this. The material you have to work with is awful and while you can’t make it very much funnier, you can at least keep your audience engaged in the same way a seasoned performer would. Yes, you really can.

It’s obvious that you need to know the game beforehand, to have read the rules, punched out the card components and had a look at what it’s all about, but there’s no need to overwhelm your friends with an explanation of everything all at once, with one great, gushing torrent of everything that’s inside the box as if you’d just opened it and poured the contents onto their heads. Instead, be succinct. Know your stuff and stick to the point. What’s the objective of the game? How do you get there? What kind of challenges will the players face? Start with these before moving onto the nuts and bolts.

A good dose of empathy never hurt anyone, either. Bear in mind what aspects of the game might most confuse your fellow players and be ready to break these down, or lead them through a quick example. They might be used to computer games that take them by the hand, or step-by-step furniture assembly instructions. Both of these are infinitely inferior to another human who can relate to their process of understanding or grasping a concept. If you can, try to compare the game or its elements to things your fellow players are familiar with, choices they’d make or things they’d come across.

At the same time, it’s also good to start distributing parts of the game, whether they’re cards or tokens or anything else. Games are tactile things and they appeal to our innate sense of hoarding, fidgeting or manipulating, and when players get to handle and examine these, you’ve got them one step closer to taking part. Games are also a shared experience and this prevents you from looking like someone who holds the rules, the box, the components… You’re back to being their friend, rather than their authority. Don’t worry, they’re not going to chew on anything. This is a great technique to use with any casual hecklers or people who’d otherwise be talking over you. Slide some cards their way and spend some time directing your talk and hand gestures straight at them.

Encourage them to ask questions about what it is they’re looking at. What does the symbol on that card mean? When would I use this item? Which part of the board is where I start? This is good. You want your fellow players asking questions, because it shows they’re keen. Besides, if you appear anything other than grateful when questions are asked, you run the risk of your friends internalizing their confusion until it finally manifests itself as a tiny tear slipping from their eye to land, with all the heaviness of their imprisoned soul, in their tea.

Needless to say, it also doesn’t hurt to keep the energy up and to make introducing a new game an exciting and varied experience. Don’t be afraid to express your enthusiasm for the game you’re about to play because, after all, that’s why you want to play it in the first place, right? Talking about the game, talking about its theme, giving examples of play that mention your friends by name and dishing out cards or components are all different ways of getting your friends interested. It’s a hell of a lot better than simply lecturing at them while holding a closed box at the head of the table.

It’s worth giving some thought as to when you can stop talking and start playing, too. What a player learns after twenty minutes of your peremptory chatter can be learned in only ten minutes through simply playing the game with them, with you correcting all their misunderstandings. The only pitfall here is in games with very important early turns, where players may ignorantly doom themselves for the rest of the game. In that case, consider playing a few dummy turns before resetting the board. Decisions, decisions.

Perhaps the most important thing to do, though, is to be generous with your time and your patience. Don’t forget that your friends, your audience, will also be doing the same, but they’re bound to miss a point or two, to slip up on a rule, or to omit some important element at least once. It can’t be helped and you probably did the very same yourself when you were learning the game, reading the rules or perhaps even going through a practice play. Just remember how lucky your friends are that, this time, they have you around to help them out, to lead them straight to where the fun is at.

Never mind winning the game. Explaining rules could well be the greatest challenge in all of board gaming. Think you’ve got what it takes? Think we’ve missed anything? Think we’re full of crap? Please, wedge a comment in below. 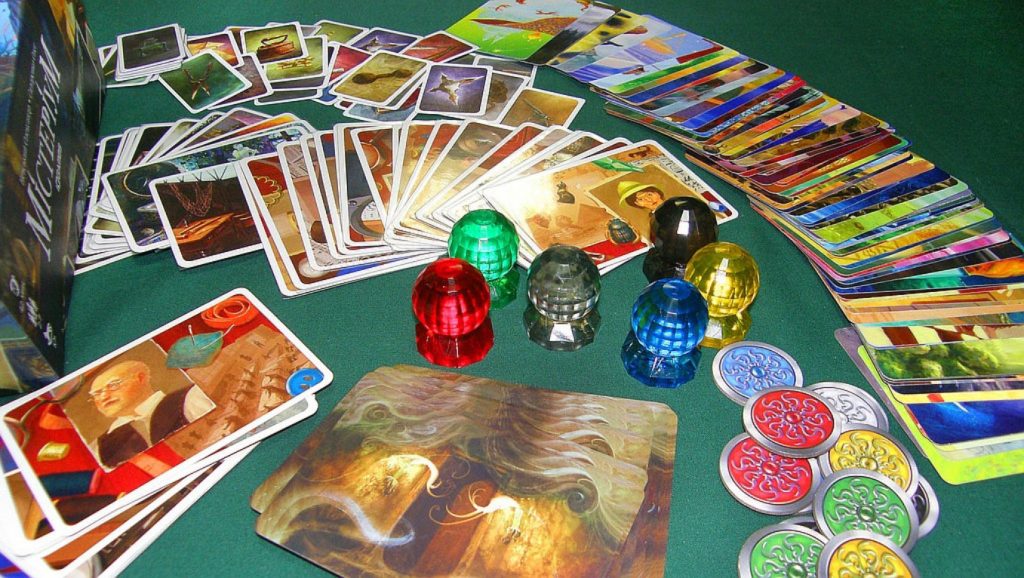 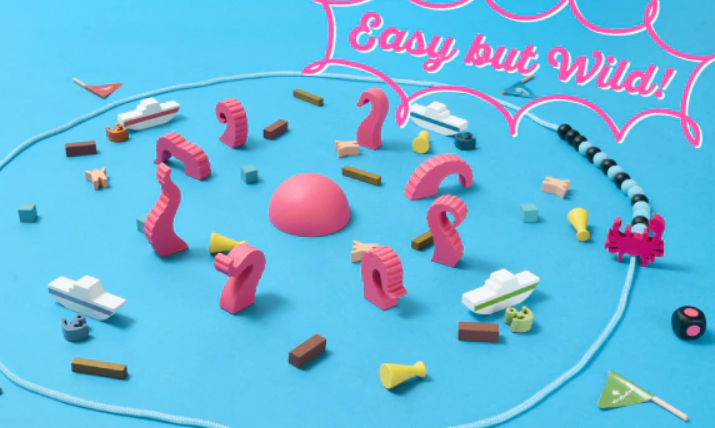