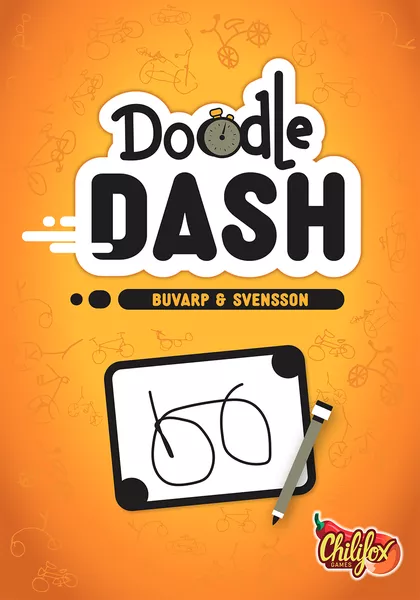 Doodle Dash is a party game where the players draw the same word at the same time.
It’s a drawing competition where speed can beat skill, so anyone can win!
Win by being the fastest doodler, but watch out – you only score if the guesser can actually tell what your drawing is!

Each round, one player is the guesser, and all other players are drawers. The drawers try to draw a word as fast and accurate as they can.
The guesser takes turns guessing the word for that round from each drawing, beginning with the player who finished their drawing first.
The player whose drawing is the first to be guessed correctly, wins the round, and the guesser and that drawer receive 1 point each.

At the end of the game, the player with the most points wins.

—description from the designer