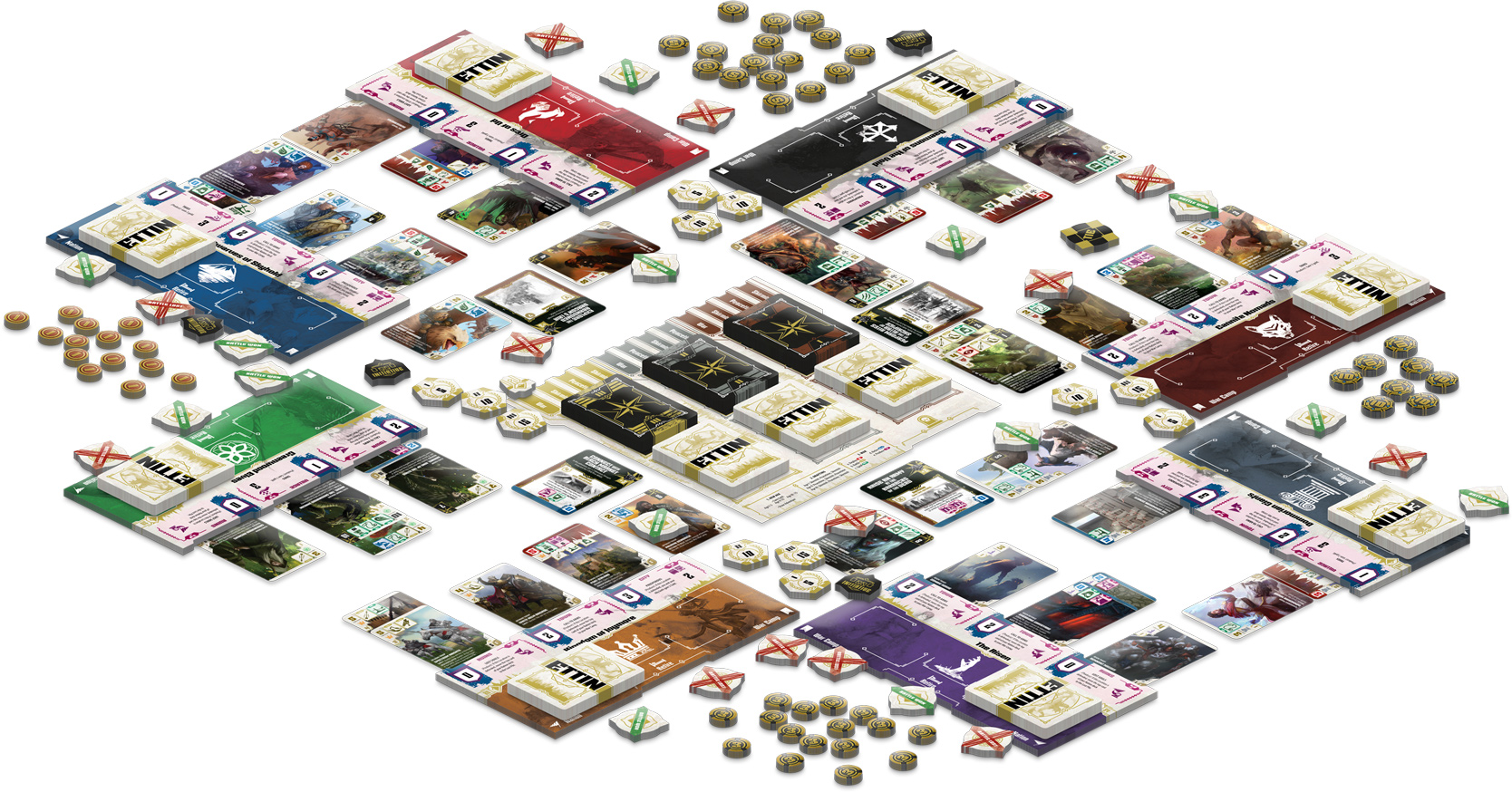 Quinns: Ava, I have returned from my holiday a changed man. Before, where the old Quinns would have been a tangled ball of anxiety, now I am a walking chalice of chill.

Ava: Oh, that’s wonderful! I’m glad you had a good time. Are you feeling ready to dive right back into the swarming, heaving mass of press releases, board game announcements, union conflicts, franchise cash-ins, weird crowdfunded plastic, the rise of totalitarianism and the inevitability of death?

Quinns: Just performing a mental diagnostic. I remain chill, but that was a MEAN trick. 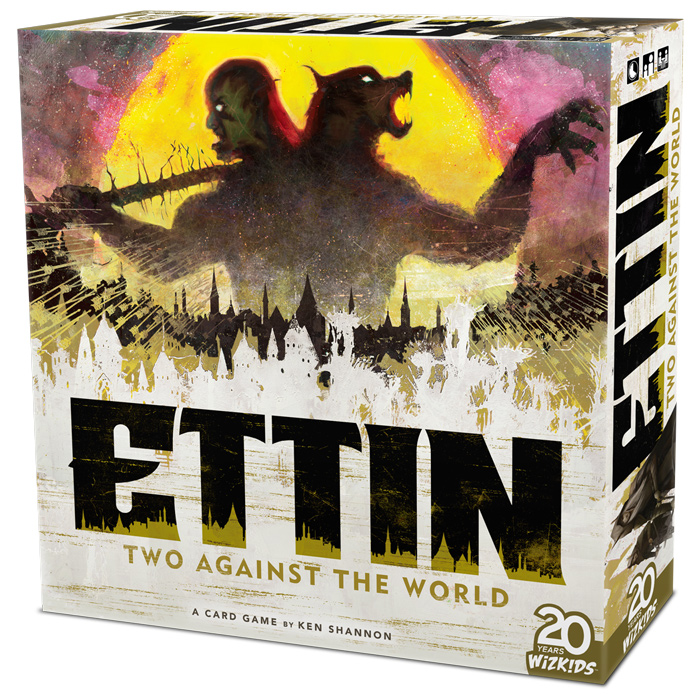 Ava: Coming up from WizKids is an enormous but fast fantasy battler called Ettin (pictured at the very top of this page). It promises to play up to 8 players or a frankly absurd 16 if you have two copies. Players will form into teams of two mix and match nations, before going head to head with the players around them.

Simultaneous turns stop that player count being quite so daunting. Players draft mercenaries, to add to their unique nation cards, and keep on fighting for three rounds of mayhem. It looks like an incredible heap of cardboard for quite an ambitious game.

We’re huge fans of team games. They give people permission for trash talk and celebration, and fresh sources of frustration and mistakes. Those are some of the great pleasures of gaming, so it always puts a little spring in my step to hear about a quick, big, messy team-drafting game..

Quinns: Oho. It seems to me that Ettin could have the marketing tagline “From the same risk-taking school of publishing that brought you Sidereal Confluence…”

Ava: Look how many cards are on that table Quinns! It’s like there’s been a unusually tidy accident in a paper mill!

Quinns: It took me all this time to realise that it’s named “Ettin” after the two-headed monster. I may have put too much duty-free rum in my tea. 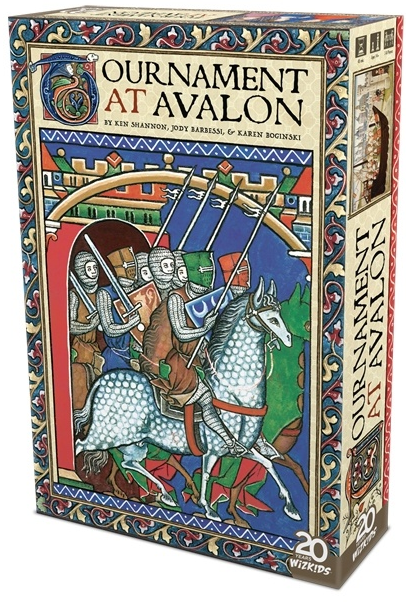 Quinns: Oh no. Maybe I didn’t put enough rum in my tea. WizKids has also announced Tournament at Avalon, a standalone sequel to their bonkers trick-taking card game Tournament at Camelot that can be combined with the original set if you’d like to play with up to 8 people.

Quinns: Tournament at Camelot is actually very, very good. I’ve been wanting to talk about it on the site for a while. It’s the trick-taking equivalent of Cosmic Encounter, where all of the players have a game-warping power and then you proceed to interfere with the contest by deploying even more game-warping powers, until the card game you’re playing resembles a funhouse mirror version of itself.

Plus, I found the cards that reference early Christianity continually funny. In one melee I showed up with the lance that pierced Jesus’ side, which is, at best, gauche behaviour.

…But I played this game with 4 people and that was quite crazy enough. Playing with 8 is a horrifying proposition. The human brain is not designed to process that many rules modifiers.

Ava: I just imagined trying to play Cosmic Encounter with 8 players and I think I’m having a panic attack.

Quinns: Breath into this paper bag and consider that you could just use Tournament at Avalon to mix up the base game, rather than expand it into an impossible behemoth. 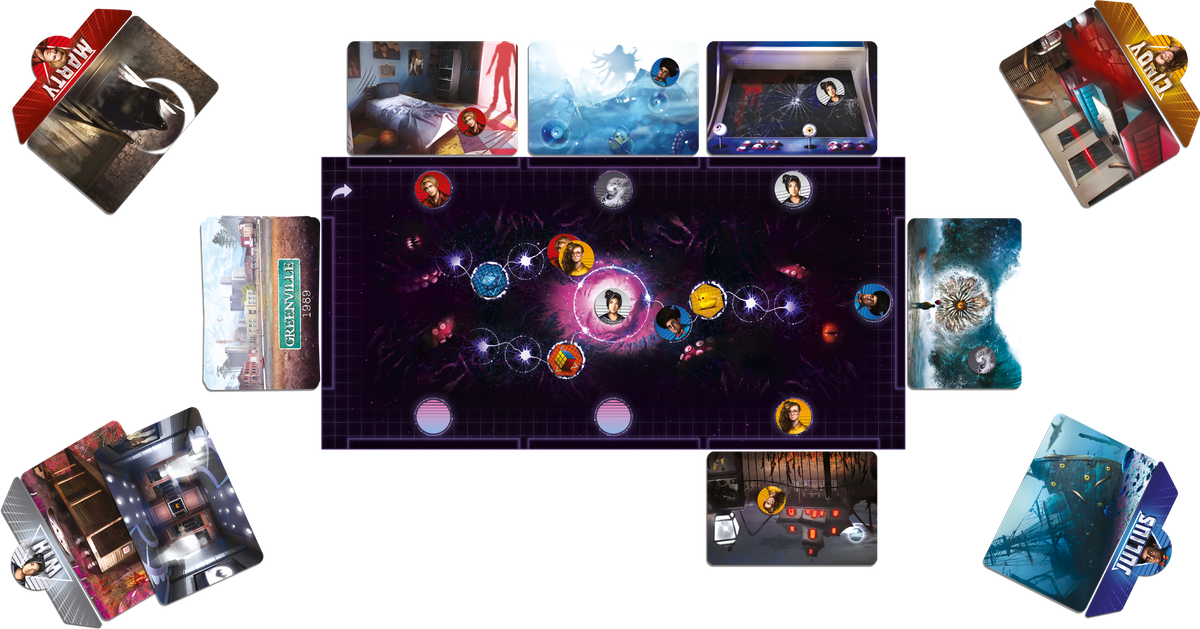 Players will describe their journeys through a series of surreal nightmare landscapes, taking turns to find each other amongst the mazes of monsters laid out on sumptuously unsettling cards. Some lovely presentation make this stand out, though I’m mostly bringing it up because ‘Sorry we are French’ is probably the best name for a game publisher I’ve ever seen. Bon chance, and I feel like I should add ‘désolé je suis anglais.’ 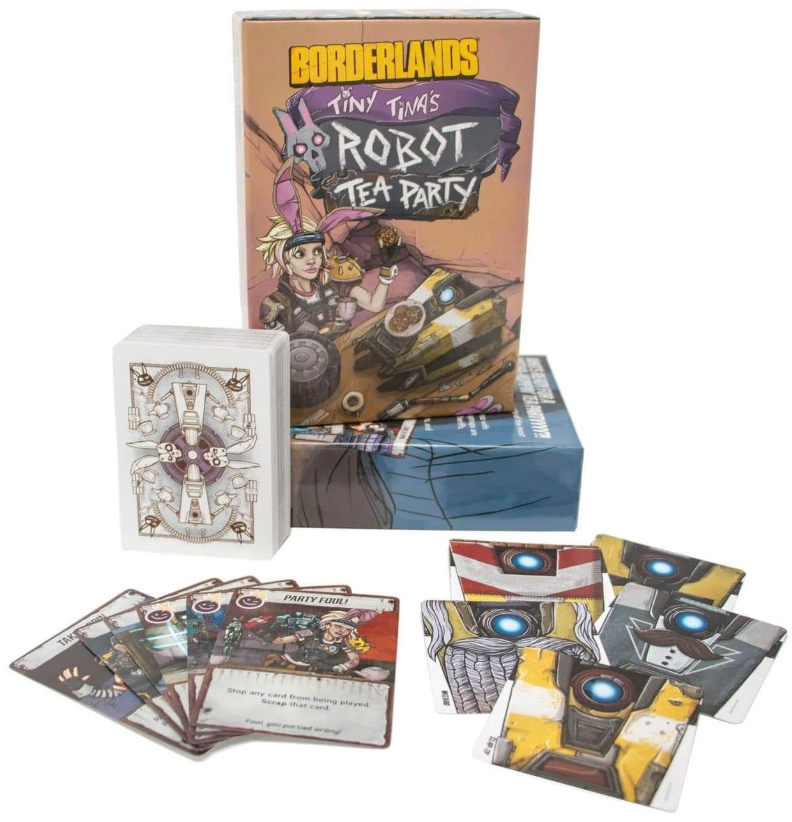 Quinns: Another recently-announced game is Tiny Tina’s Robot Tea Party, a card game tie-in with the Borderlands video games about rooting around for bits and pieces and racing to build your very own robot. It’s a remake of Robotlab: the card game, which I’ve never heard of.

Ava: I did play enough of a Borderlands to meet Tiny Tina, but it’s one of those hazy gamey memories that I can’t really put back together. I mostly remember being distracted, confused and shouted at. Which to be fair, isn’t a bad basis for a party game.

Quinns: I’ve played Borderlands single-player, but never quite clicked with it. For all of the explosions and vinegary writing, exploring that world alone feels wrong. Like playing Dance Dance Revolution by yourself in an empty warehouse.

I’ve gotta say, back when I worked as a video games journalist, franchise tie-in games were easy to handle as they were uniformly bunk. It’s awfully thoughtless for the makers of tabletop tie-ins of video games to make most of them bunk, but some of them good. In particular, Matt’s expecting the Assassin’s Creed board game to be ace, since it’s supposed to be a re-skin of V-Commandos.

Ava: Have you seen the card backs of Tiny Tina’s Robot Tea Party? Some of them are lovely.

Quinns: I don’t know what’s worse- that you think I’m so shallow that would change my mind… 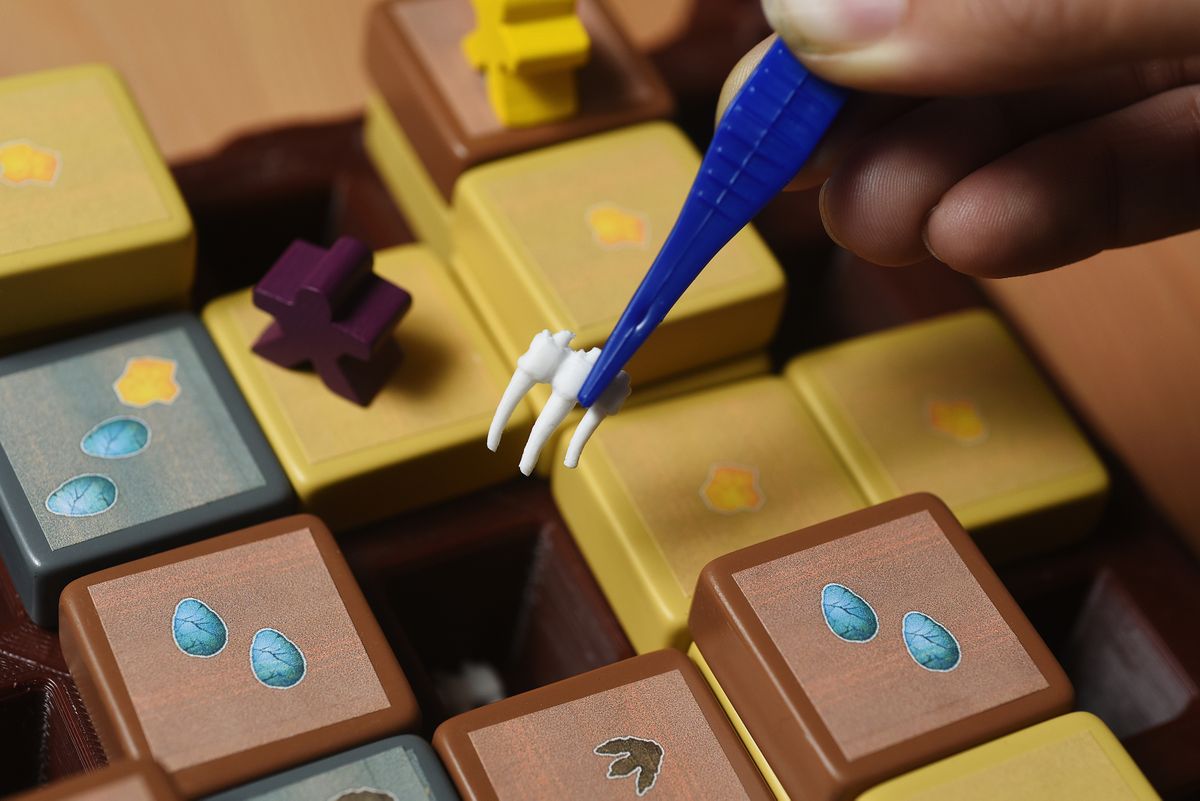 One Kickstarter we dug this week was Fossilis, a game of digging and brushing and finding bones.

The star here is the enormous lump of plastic into which you’ll be pouring bones, shaking it up, and stacking little blocks to create a randomised dig site. It looks like a strong little structure to lay a game on, with a lot of pleasing physical touches. It even has giant tweezers for digging out samples. Collect the right fragments to satiate the eggheads back home, and you’ll win the game.

I’m not sure if there’s as much figurative as physical depth here, but I’d like to see more of those little bones in the future. 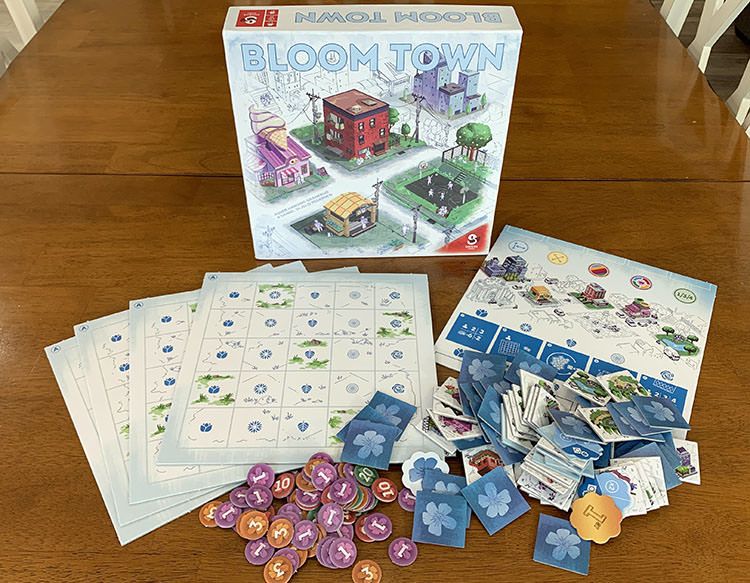 Quinns: Bloom Town is one of the 999,999 games that enjoyed a release at Essen Spiel this weekend, so its existence probably isn’t news. That said, it earns a late mention in the Games News, not just because it’s from the same design duo as the excellent Copenhagen and Deep Blue, but because they’ve published an exhaustive 8 part design diary.

Like Quadropolis or Between Two Cities (fine games both), Bloom Town is a game of placing buildings in a grid in a canny quest for points. However, in Bloom Town the square that you place your tile on determines what tile you get next round.

It’s not a particularly exciting pitch, but then Daniel Pedersen and Asger Granerud’s work isn’t particularly ambitious or glitzy. They just make designs that are solid as a rock. But a fun rock. A Geodude, if you will.

Ava: This part on scoring really grabbed me, describing how the game experimented with three different ways of scoring, and ended up bundling them all in. Immediate scoring for a steady dopamine rush, occasional rescoring, for big jumps in the middle of the game, and end game scoring based on a tile you have left over, giving you a final bump, and a tricky decision that lingers throughout about whether you should hold on to a tile for the finale. I knew nothing about this game before reading that, and now I’m thoroughly intrigued. 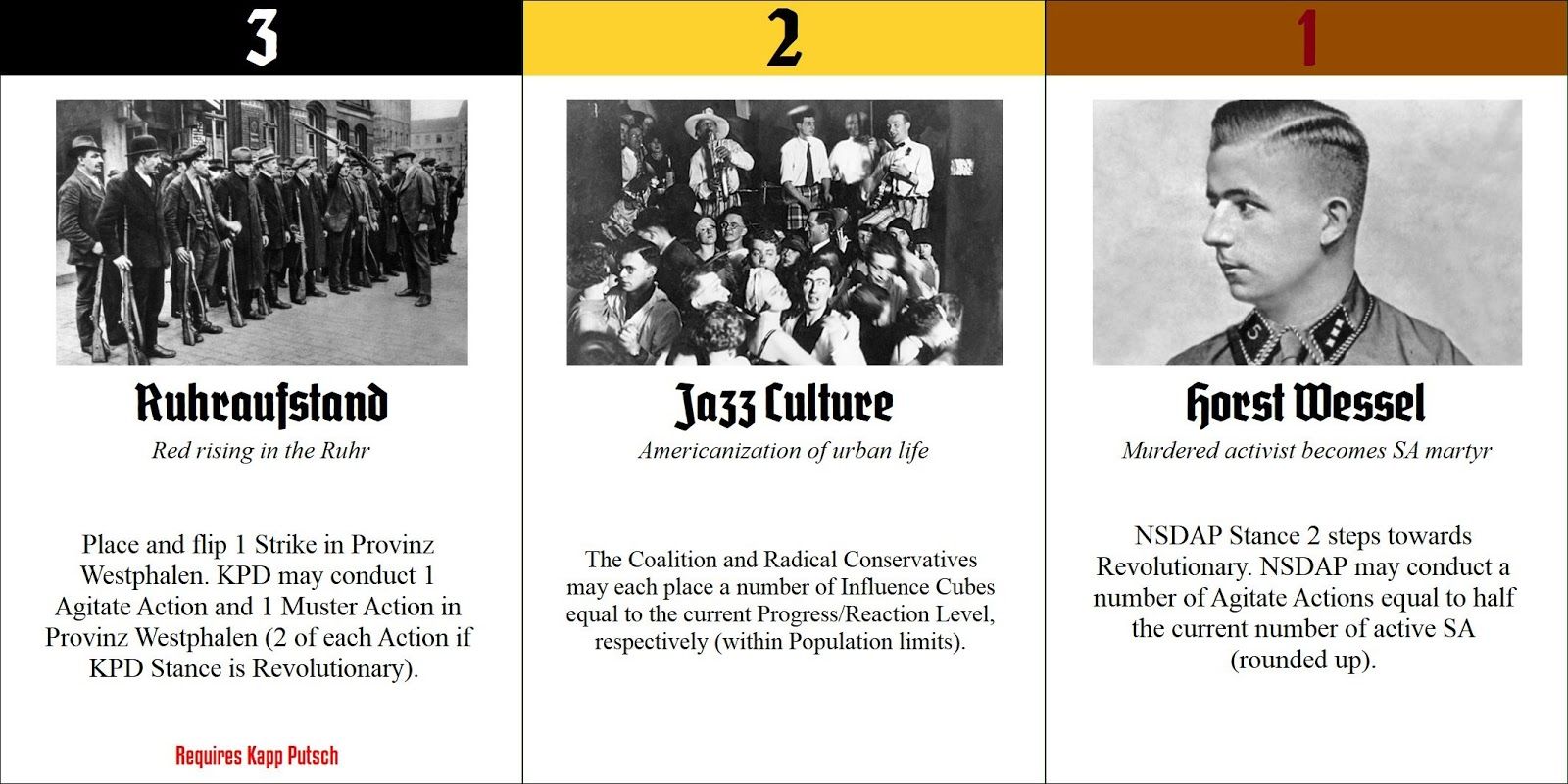 Ava: We don’t often talk about traditional wargames around here, though I’ve got a quiet passion for weird historical simulators of very specific conflicts.

The latest P500 pre-order launch from GMT Games sees something I’m intrigued and nervous about in equal measure. The Weimar Republic takes a look at post World War 1 Germany, and sees players taking the roles of political factions of the era, vying for sudden death victory by a variety of fair and foul means. You might be Communists, Radical Conservatives, Nazis, or the democrats attempting to prevent their rise. It looks like a scary little sandbox.

The rise and consolidation of Nazi control of Germany is a terrifying story, and one that feels too close to home these days, but perhaps that’s why I want to take a closer look. It’s hard to say if a game is the best place to do that, but seeing the motivations and interactions of varied factions is one of the medium’s strengths. 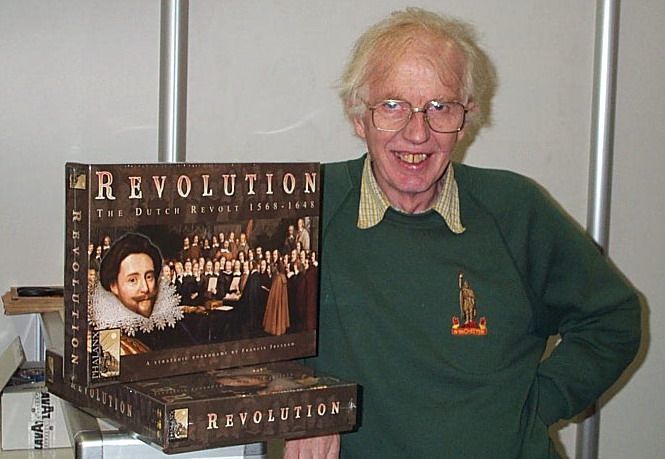 Ava: In sad news, one of the legends of game design died last week.

Francis Tresham was responsible for two of the most influential games of the 70s and 80s, with his Civilisation game (which Sid Meier insists didn’t inspire his game of the same name) still being played today in its original form and the updated Western Empires, covered by Quinns and Ben in a recent podcast. What I didn’t know until seeing news of his passing, was that Tresham also designed the first 18XX game, 1829, which saw players buying stocks, laying tracks and vying for control of southern Britain. This was the origin of one of board gaming’s most intensely focussed subgenres, a very specific and prolific set of games sharing that shares-based DNA. These games DID inspire Sid Meier’s Railroad Tycoon series, and they’re a part of the hobby I’m really keen and scared to dive into at some point. As much as I struggled with my time with Mega Civilisation, to note that it was first released in 1980, it must have been miles ahead of its time.

Very sad to hear he’s gone, and very glad that his games live on. 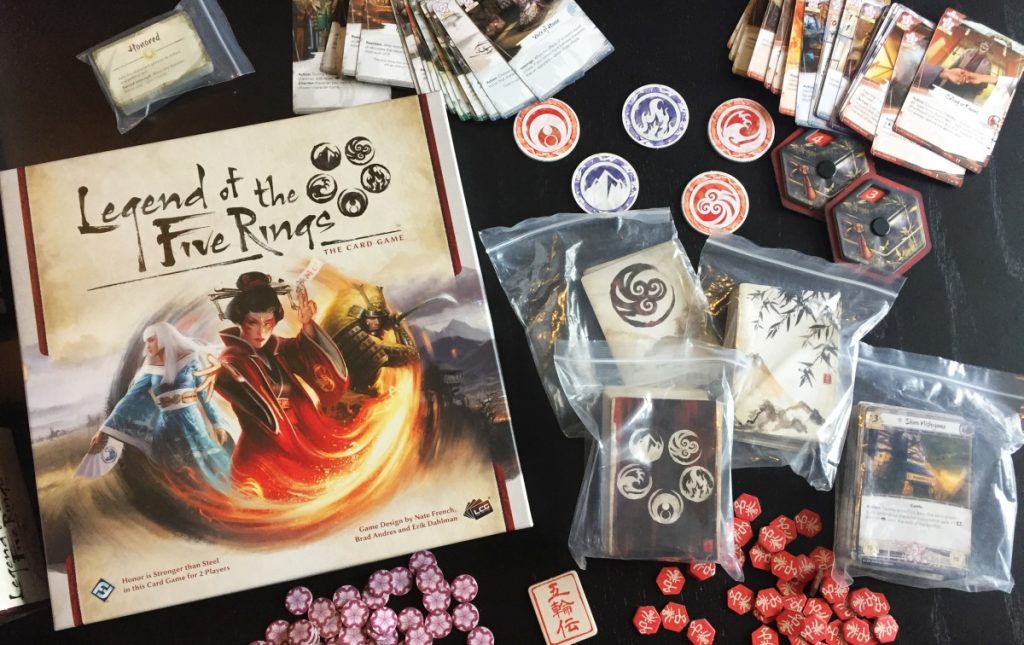 Review: Legend of the Five Rings 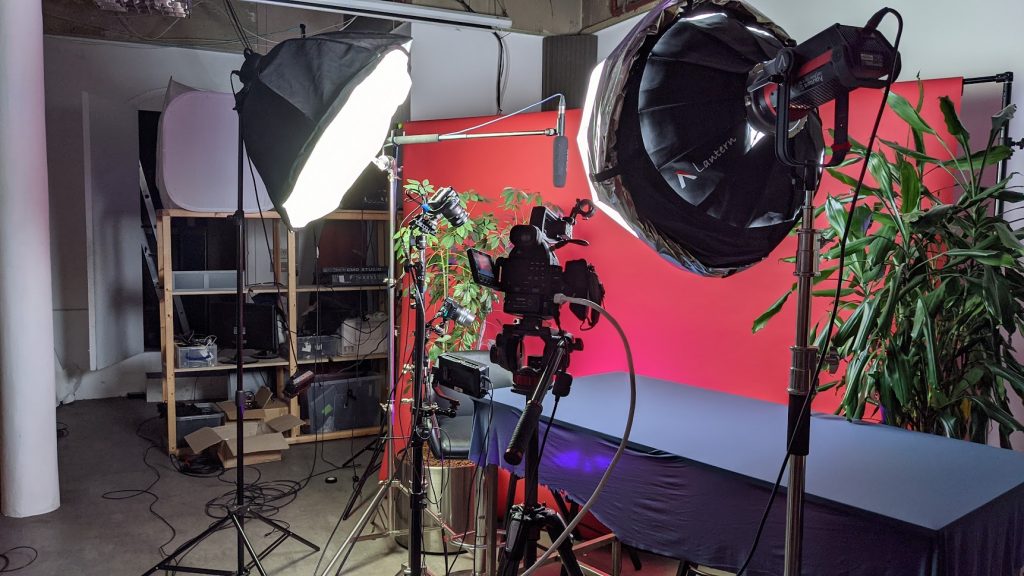