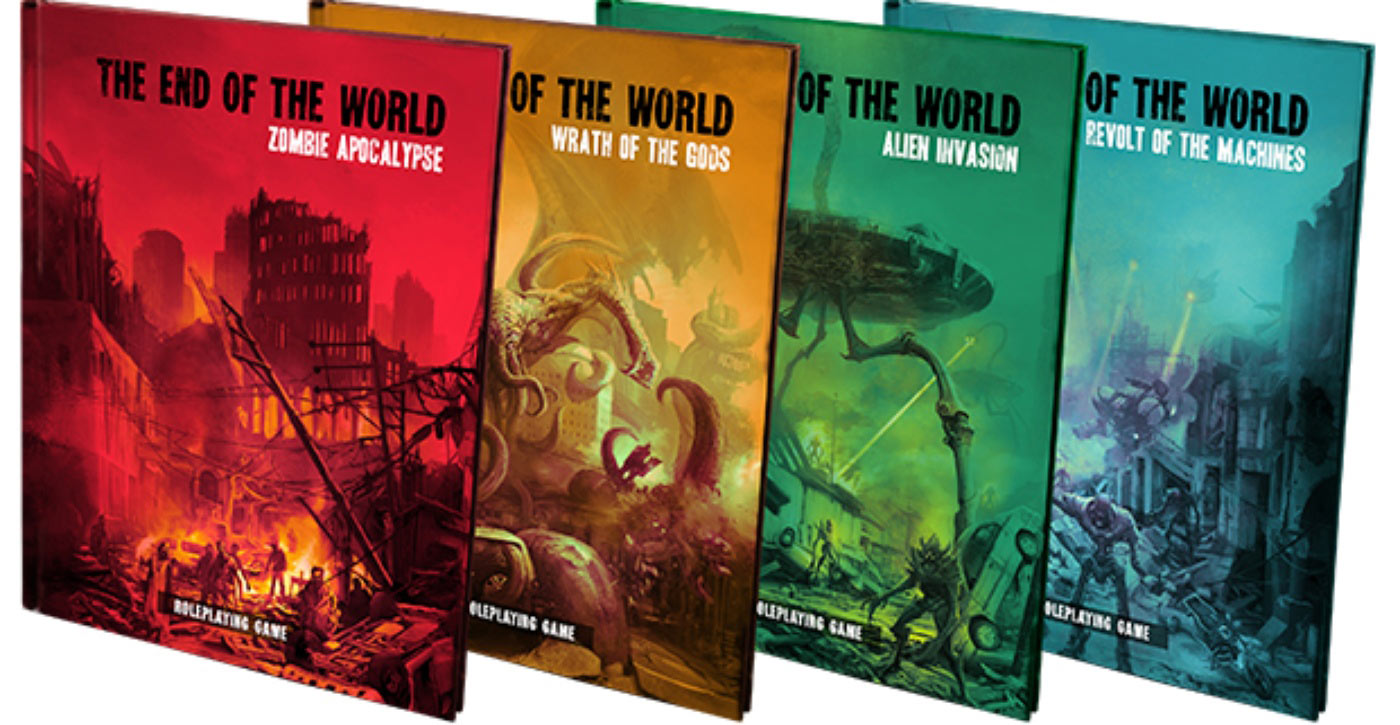 Quinns: Morning, everyone. The bad news is, you’re all going to die because the end of the world is coming. The good news is, you can pick your flavour of ragnarok.

I’m referring to Fantasy Flight’s new range of pen and paper role-playing games! From left to right they’ll cover zombies, angry gods, aliens and murderous machines. In a great little twist, though, all the players control themselves. So, Paul Dean and Matt Lees having to use their real-life skills to survive when their fridges and lawnmowers start wanting them dead.

END_OF_DOCUMENT_TOKEN_TO_BE_REPLACED

It was only the other day that Quinns and I were lamenting the lack of love that the gaming community seems to have for Runewars. I think this is a great game of grand fantasy strategy, but I don’t know many gamers who have a copy, nor many shops who stock it. For a little while I held a terrible fear that it would fall by the wayside and I spent more than a few sleepless nights clutching at my pillow and staring into the darkness, my bottom lip quivering as I wondered if Fantasy Flight were going to let this game go out of print.

Not so, because they’ve just gone ahead and announced Banners of War, a Runewars expansion that’s bristling with battle and which looks like it not only boasts a great deal of new content, but also a few interesting tweaks.