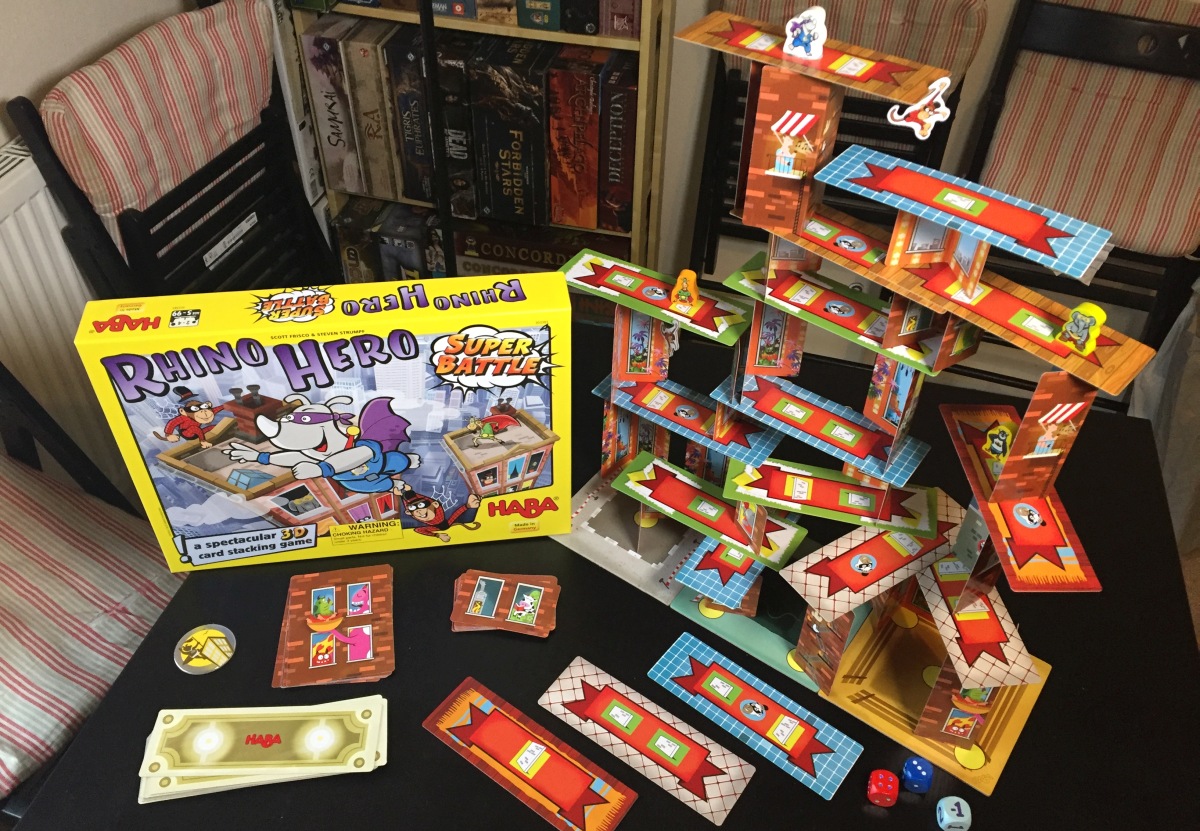 Quinns: Leigh, thank you very much for agreeing to appear on Shut Up & Sit Down. I hope you won’t be expecting any special treatment as my wife.

Leigh: Not at all! It’s a pleasure to be invited to this forerunning venue for material game criticism.

Quinns: Do you think you’re up for the task?

Leigh: I certainly hope so!

Quinns: Glad to hear it. Today the text we’re looking at is Rhino Hero Super Battle, the outsize sequel to 2011 sleeper hit Rhino Hero. From the box – and I quote – “This time not only does the wobbly skyscraper need to be built & climbed, but there will also be fierce battles between the four superheroes Rhino Hero, Giraffe Boy, Big E. and Batguin.”

In more ways than one, Leigh, the world of Rhino Hero just got bigger. 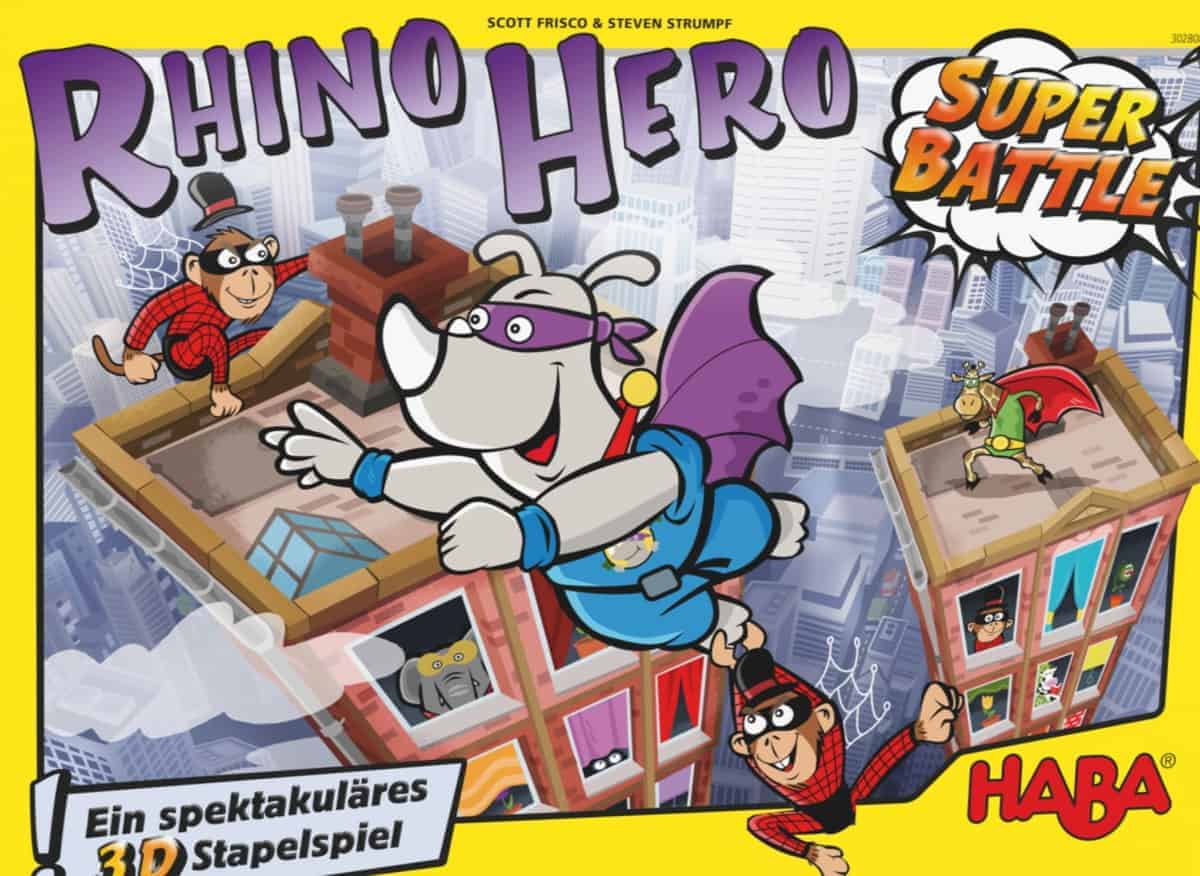 Rhino Hero is back on the job! And this time not only does the wobbly skyscraper need to be climbed, but there will also be fierce battles between the four superheroes Rhino Hero, Giraffe Boy, Big E. and Batguin. Who will win the battles and not let themselves be bothered by the mean, hanging spider monkeys?

END_OF_DOCUMENT_TOKEN_TO_BE_REPLACED 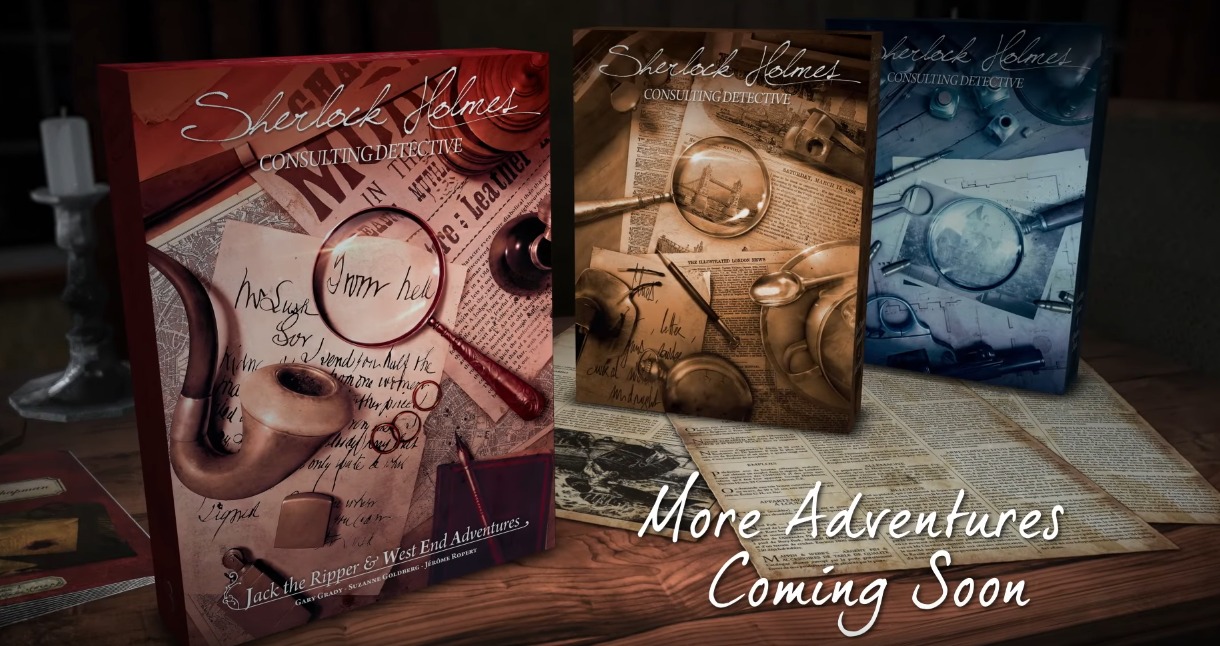 Paul: No, no. Dispirited. Crenelated. Crepuscular. My prandicle is absquatulate.

Quinns: Good God, that’s our SEO ruined, for sure. Perhaps you’ll be emboldened by THIS wonderful news. SHERLOCK HOLMES CONSULTING DETECTIVE IS GETTING SWOLE because the first(?!) standalone expansion is ALMOST HERE

Quinns: HAVE YOU FINISHED THE ORIGINAL TEN CASES YET