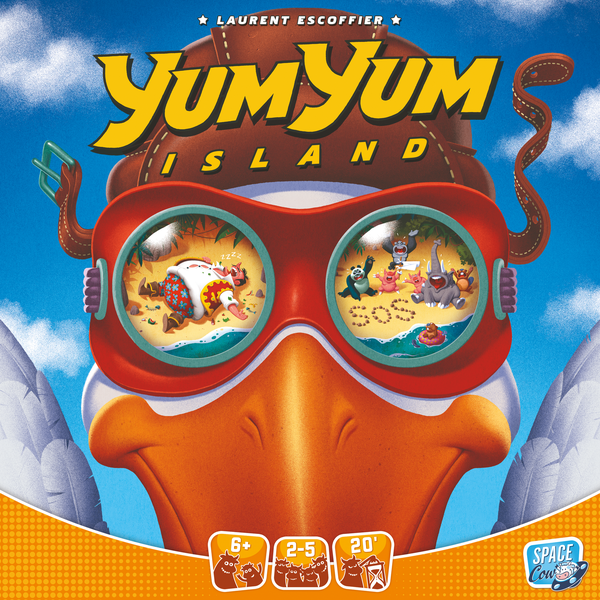 In the game Yum Yum Island, players take the role of pelicans trying to feed the animals on the island. Each animal is represented by a cardboard cutout that has a raised, second level to identify the animal’s mouth. Inside the mouth is a pair of numbers — one green, one red — that shows how much vegetarian and meat-based food the animal needs in order to be satisfied.

On a player’s turn, they first roll the die to determine the difficulty level for that round, then they don the blindfold so that they can’t see the playing area. The player scoops up some amount of food from the supply (which has a mix of red and green tokens), reaches out their hand, and tries to place the food in an animal’s mouth. Any food that falls out or doesn’t match the animal’s needs is placed in the giant’s intestinal tract. The die roll might let other players give advice (“Move left! Pull your hand back!”) or allow the player to recover one bit of food or otherwise receive aid during the round.