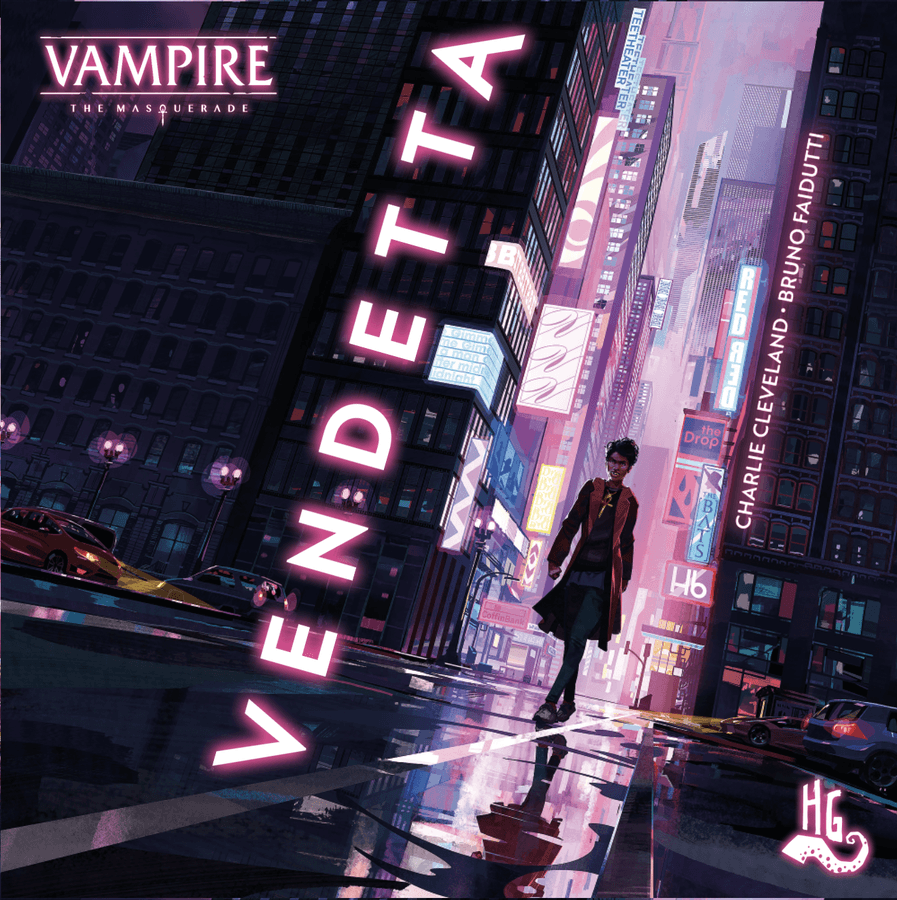 Vendetta is a game of area control, bluff and treachery in which you scheme and fight for influence and power as immortal vampires! Play cards and blood to earn the control of influential humans, feed on them, and make them your servants; your goal is to gain the most influence over three ages. You draft cards at the beginning of the game, then gradually draw an increasing number of cards from your deck at the beginning of each age (i.e., all the cards you had during the previous age, plus new ones).

While playing, you get to know the powers and abilities of your opponents during your centuries-long struggle, but they do the same with you — and you can never know which new tricks they may have added to their arsenal since your last encounter!