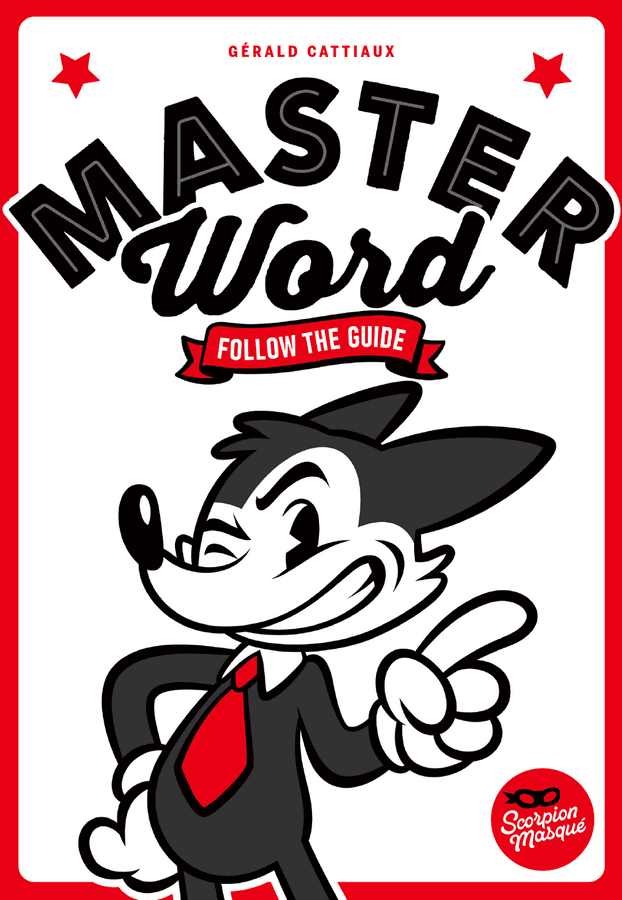 Are you as clever as a fox? As dogged as a bloodhound? Do you have an eagle-eye for details? Pool your team’s resources together to seek out the master word!

Master Word is a co-operative word-based deduction game in which players have to work together to try to find a secret word from a single starting hint.

Each game, a guide selects a card, looks at the master word, then shows the other players (seekers) the starting hint. The seekers then have 90 seconds to discuss and each write a clue on a card, which they place in a row. Once this is done, the guide places a number of tokens at the end of the row equal to the number of clues that are “on the right track” toward the master word. The only catch: The seekers don’t know which clues the tokens refer to!