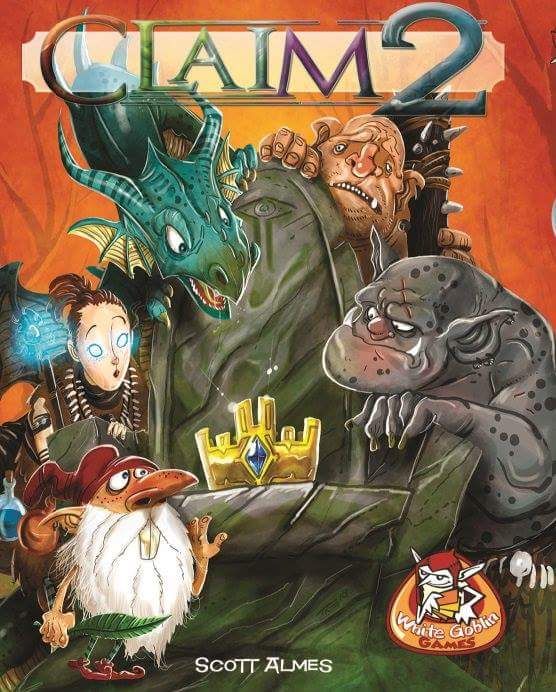 The King is dead! What happened? Nobody really knows, but he was found face down in a wine barrel this morning. It could have been either foul play or his own thirst that did him in. Regardless, the King is dead without any known heirs, so it’s up to the five factions of the realm to decide who will be the new king: Will it be you or your opponent? Do you have what it takes to win over the realm’s factions?

Claim 2 is played in two distinct phases. In phase one, each player gets a hand of cards that they use to recruit followers. In phase two, they use the followers from phase one to compete and win over the five factions of the realms. Each faction has a special power that effects play, and powers can be different in each phase! At the end of the game, the player who has the majority of followers of a faction wins that faction’s vote, and whoever wins the vote of at least three factions wins the game!

Claim 2 is a standalone sequel to Claim, featuring five new factions that can be played on their own or mixed in any combination with the factions in Claim.