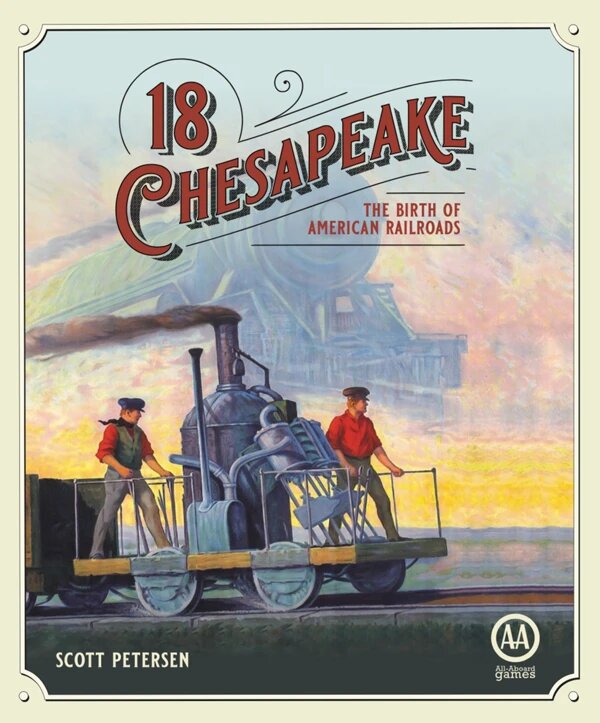 18Chesapeake is a member of the 18xx series of games. The series is based on 1829, by Francis Tresham. 18Chesapeake is set in the Chesapeake region of the United States and west to Ohio and the West Virginia Coalfields.

18Chesapeake is a moderate length game. Experienced, brisk players can expect to take about 2-1/2 hours to complete a game. Novices or more deliberate players might add an hour to that time.