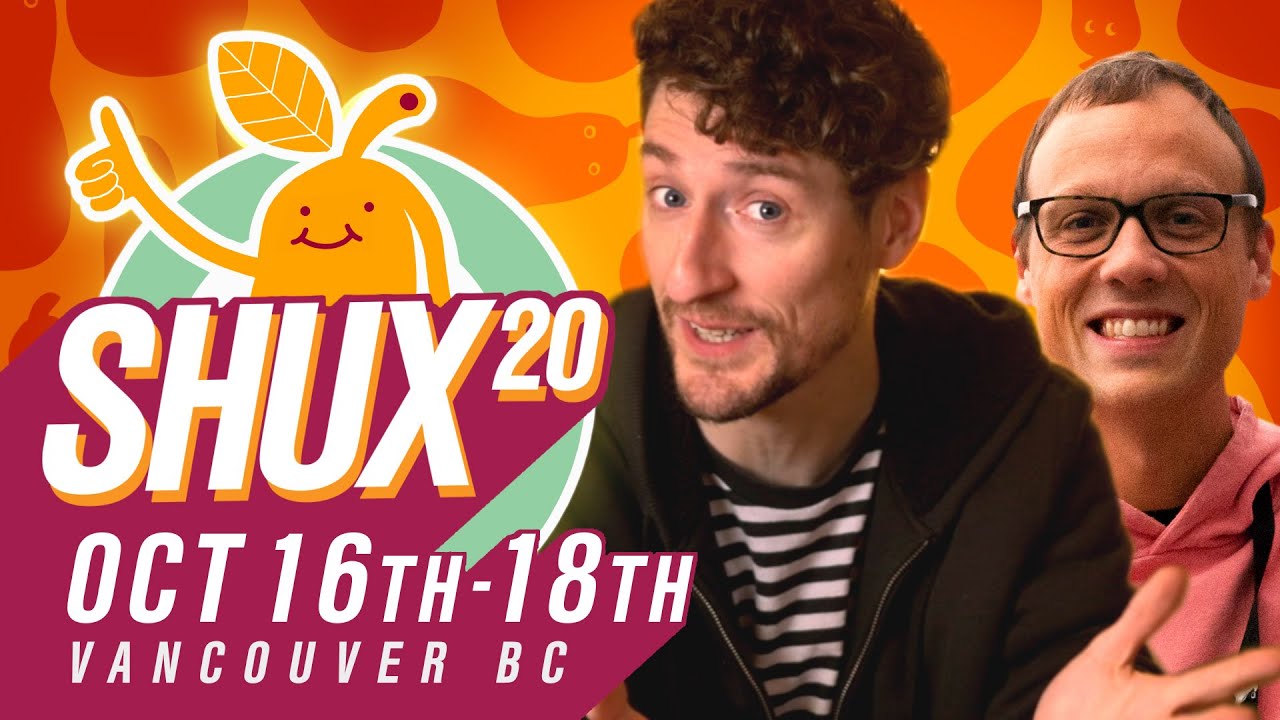 Quinns: Are you interested in coming to the fourth Shut Up & Sit Down convention this October? Because tickets are now on sale on the official event page!

If you’re one of our amazing attendees from previous years, you’ll know what to expect- a world-class buffet of published and experimental games, plenty of goofy stage shows, and all sorts of opportunities to make new friends.

It’s a huge privilege for us to be able to throw this party for the best community in board gaming. If you want to see what all the SHUX is about, we’d love to see you there!

END_OF_DOCUMENT_TOKEN_TO_BE_REPLACED 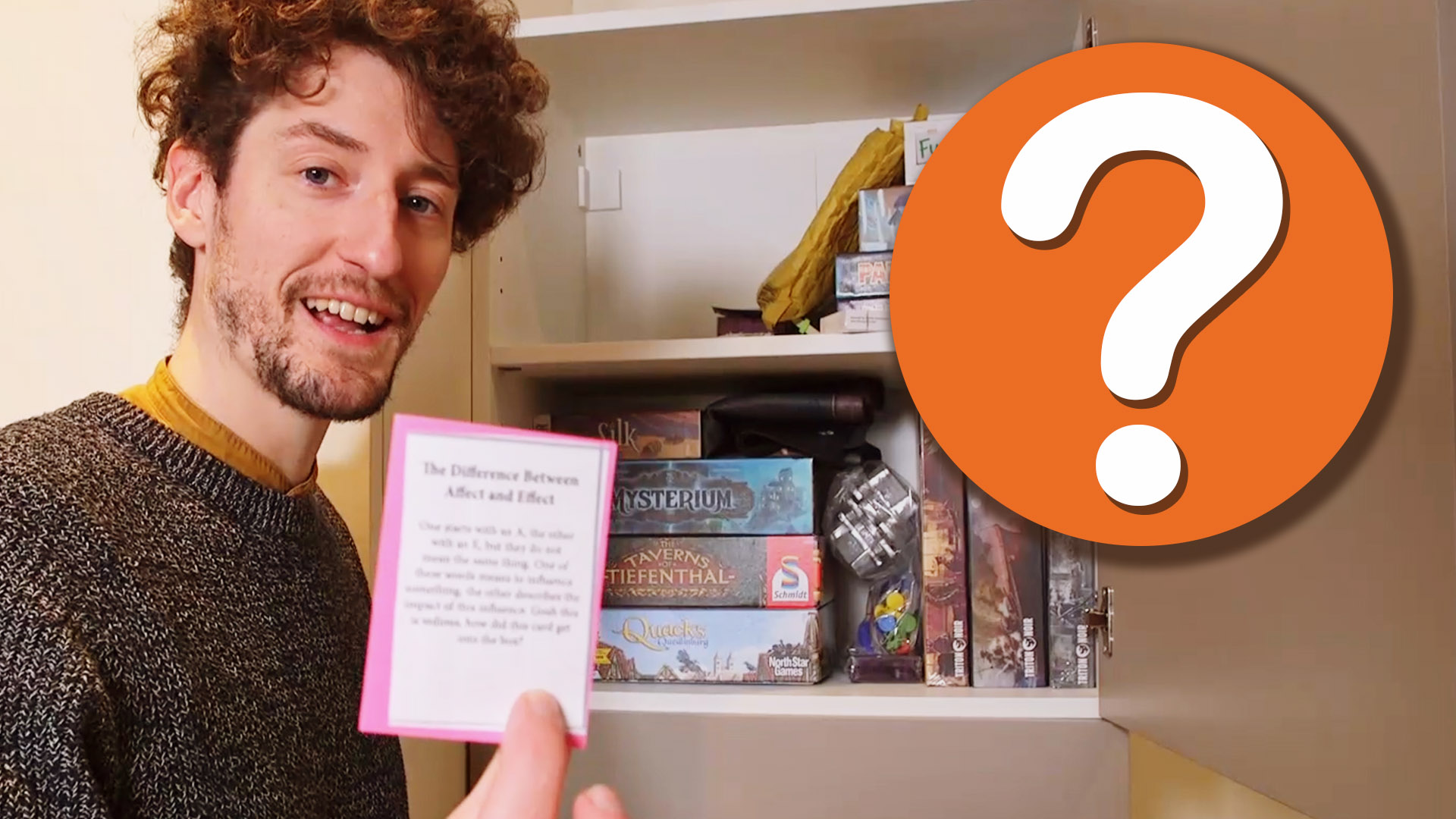 We’re kicking off the year with a much-requested video! Today Matt will be talking you through his relatively trimmed-down collection of board games, taking you by the hand and walking you through a mental corridor of joy, shame, and occasional warmth. We actually recorded this after PAX Unplugged this year, which explains a handful of references that don’t quite make sense, and why Matt looks a bit like a semi-retired yeti. If you missed Quinns’ collection video from last year, go and take a peek! We’ll be back soon with some exciting new reviews. 2020 is already shaping up to be a stonker! 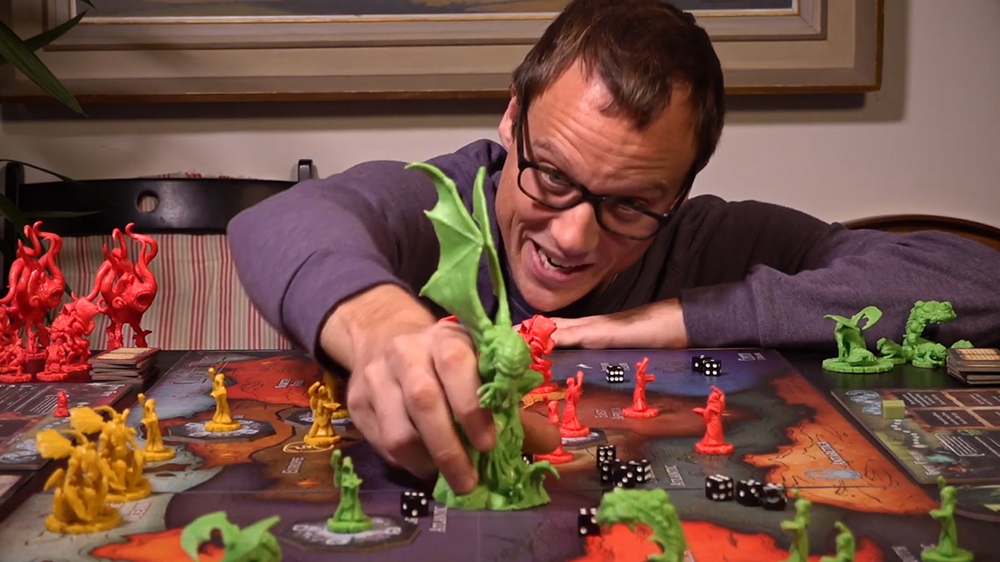 Gawd bless us every one! Quinns has cracked the lid from Cthulhu Wars‘ enormous box, and he’s stunned at what he’s found.

This is the sort of game that SU&SD usually steers people away from. It’s too big, too expensive, and much too silly. And yet Quinns is here today to rave about it. It’s a Christmas miracle!

And don’t forget to help us out on our 2019 Christmas Donation Drive!

END_OF_DOCUMENT_TOKEN_TO_BE_REPLACED 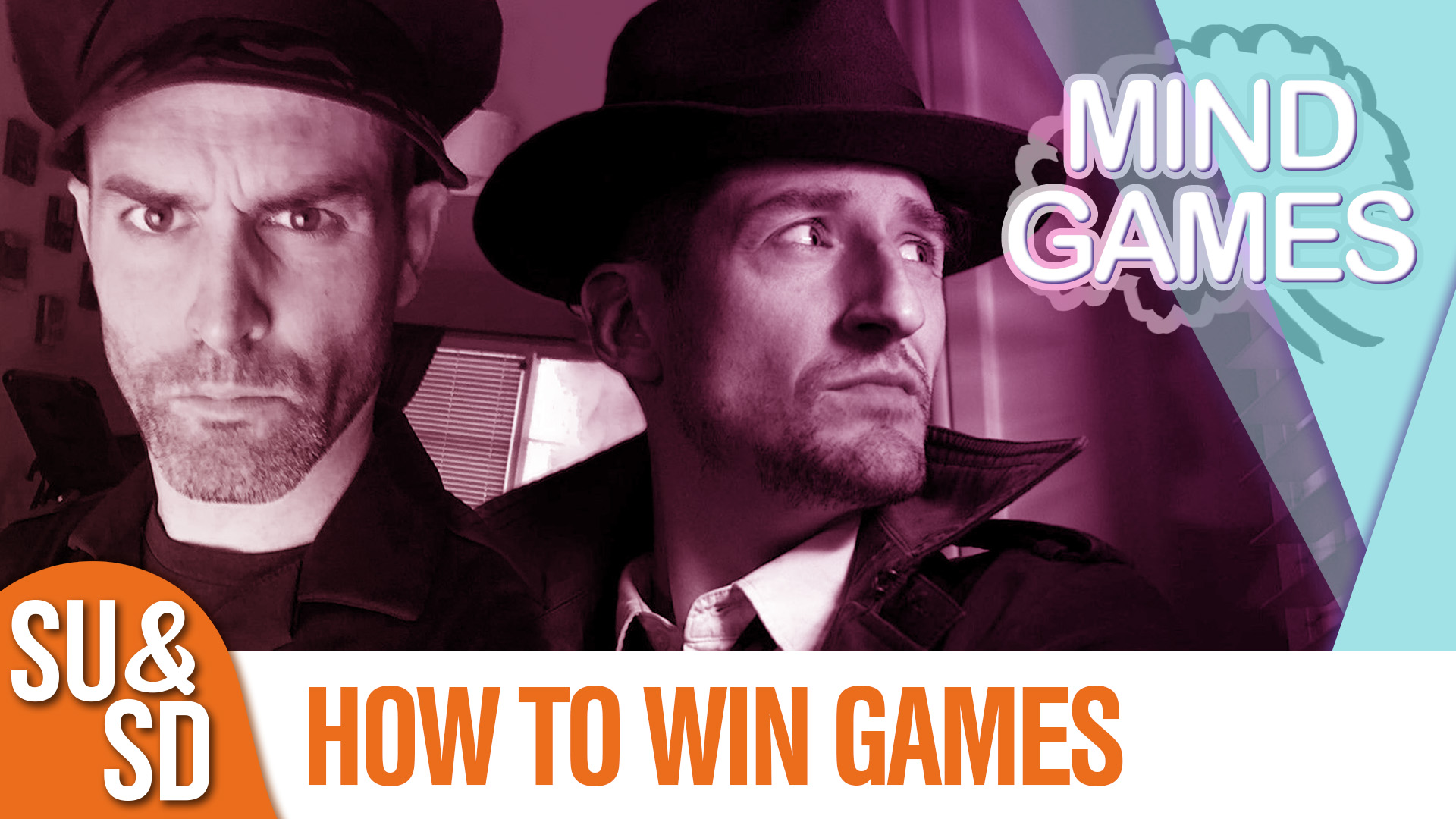 Those of you with functional memories may recall that at the very first SHUX in 2017, myself and Alan Gerding sat down in cosy room and had a chat about psychology. It was pegged as a talk about the psychology of games, but being both exhausted and faintly ill-prepared, we decided instead to enjoy a rambling introduction to some of the magic behind this unfairly-maligned strain of science.

And the people in the room at the time loved it! The people online afterwards? Not so much. A chunk of those who watched it were understandably annoyed that we didn’t tackle the topic as intended, and were more than woolly with our citations. And wow! Look what you made us do.

This year myself and Alan returned with an actual powerpoint presentation on the fascinating topic of manipulation, with a lens particularly focused on how you might use this information during games with elements of persuasion. It’s meaty, it’s interesting, it’s surprisingly fun. If you want the slides for this lecture-in-sheep’s-clothing, you can find them here.

We hope you enjoy it – have a great weekend! 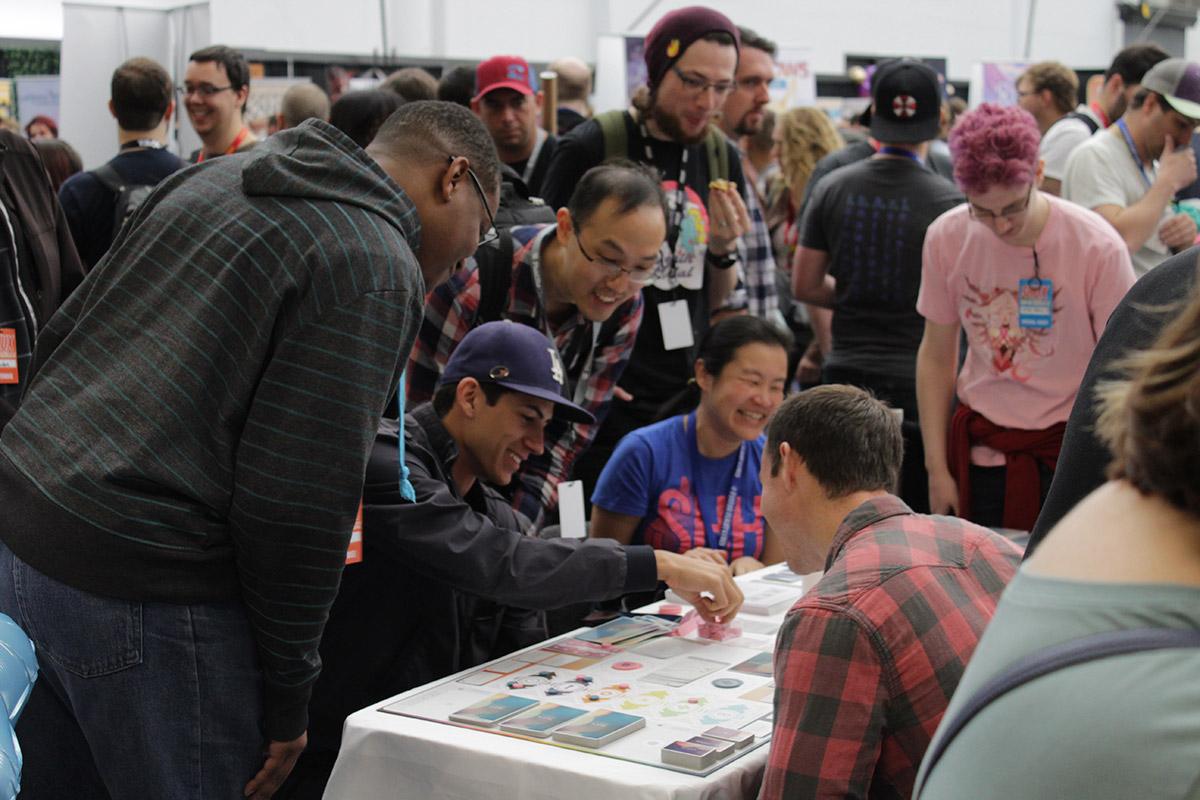 Quinns: Have you got your ticket for SHUX 2019 yet? Because the big show is just six weeks away, and our team is up to our elbows in SHUX prep, stuffing it full of games, shows and special features.

Matt’s packed our very best announcements into the above 2 minute video, but here are some high points…

My anticipation for SHUX ’19 is reaching boiling point. How much more excited can a man get? I intend to find out.

END_OF_DOCUMENT_TOKEN_TO_BE_REPLACED 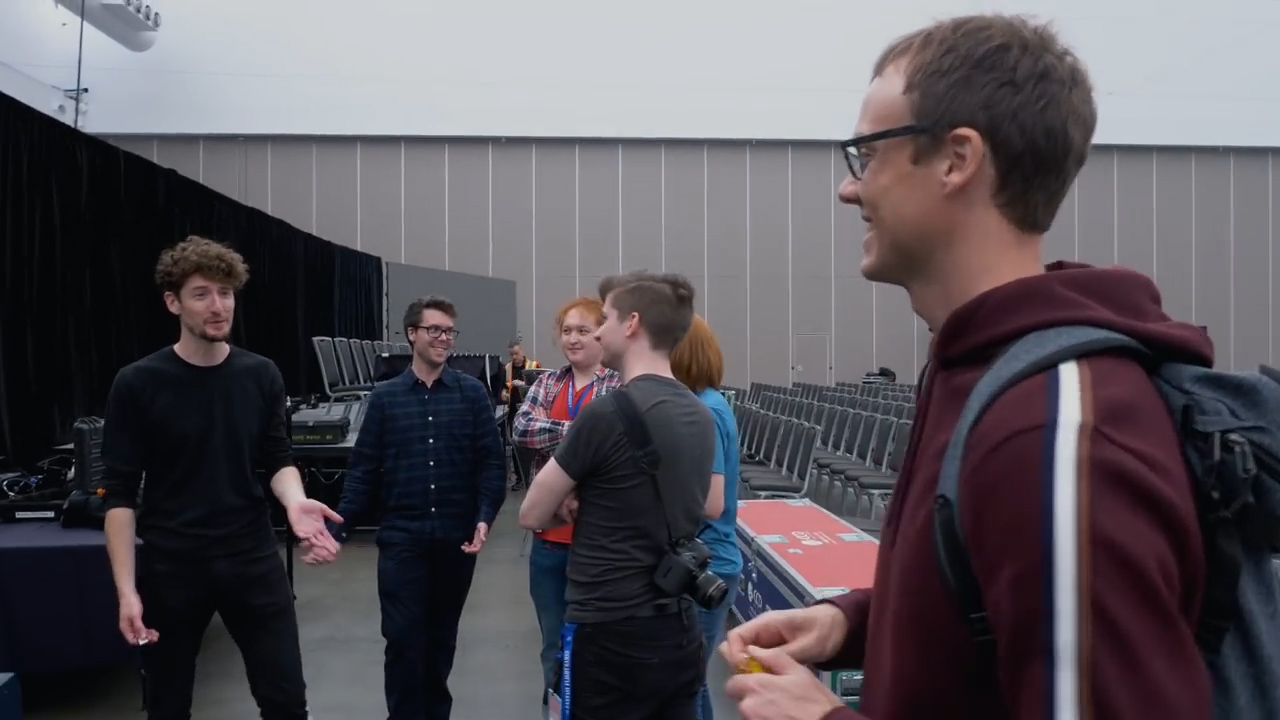 Quinns: Here’s a fun little extra for you folks! The 2019 SU&SD Convention is just around the corner, but did you know that last year, fabulous board game review show No Pun Included came to SHUX and filmed a whole lot of it? Today, we’re thrilled to present their behind the scenes look at our con.

That also means that this is a No Pun Included video that we’re hosting on our channel. I know! We’re crossing the streams! Will anything be the same again?! It probably will, yes.

If you haven’t watched NPI recently, they’ve been on an absolute tear. Be sure to check out their review of the be-hyped Pax Pamir 2nd Edition, heavyweight roll’n’write Welcome to Dino World, or their favourite game of 2018, Now Boarding. I’ve said it before, and I’ll say it again- Efka and Elaine are treasures.

END_OF_DOCUMENT_TOKEN_TO_BE_REPLACED 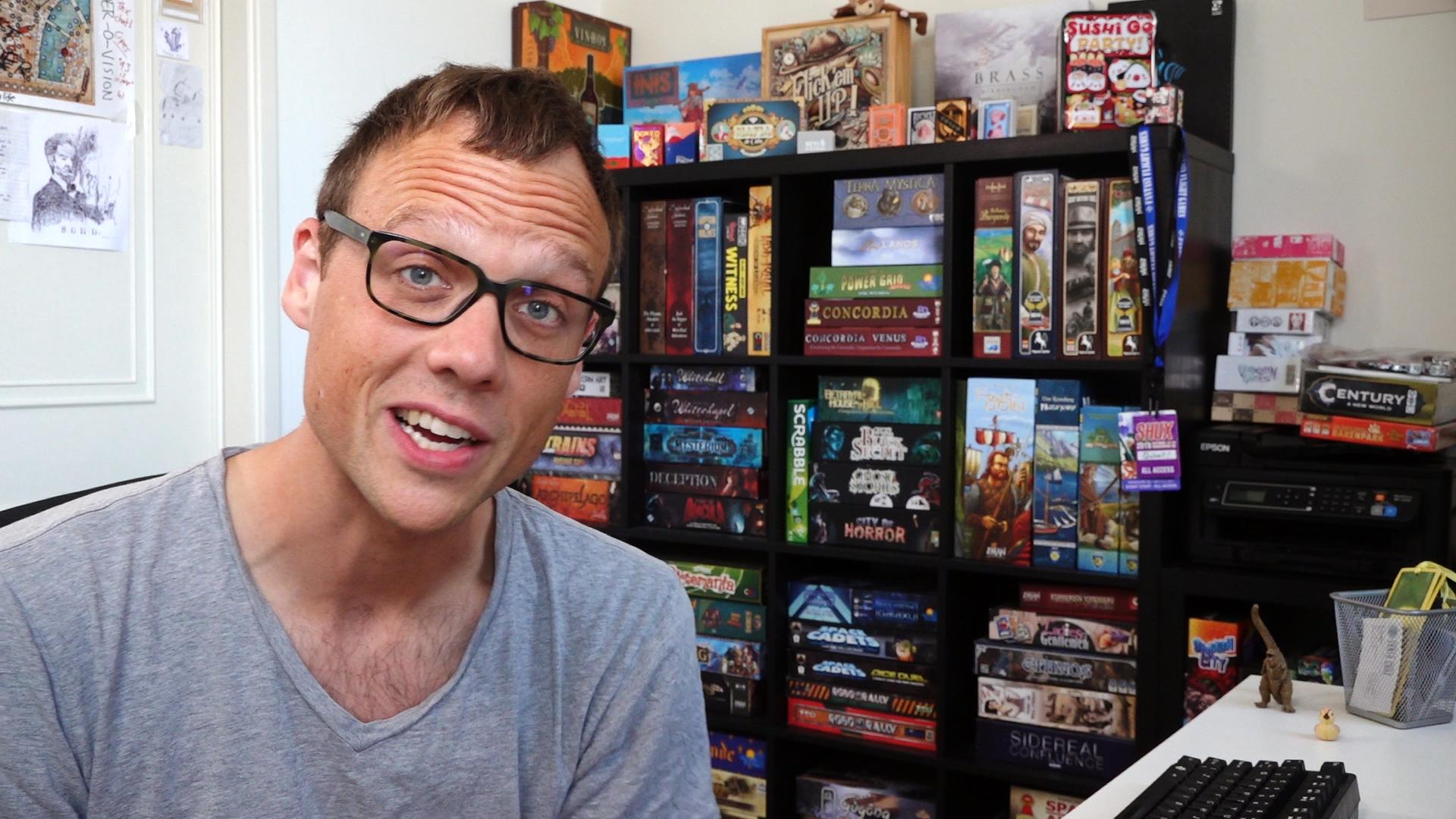 Twice a year, our team here at Shut Up & Sit Down requests donations for all of the heartfelt stuff that we’ve made over the last six months. You can donate using this very link.

We don’t like to bother our audience about it, but the fact is, Shut Up & Sit Down runs almost entirely on donations. It sounds improbable, but it does work. If you’ve not gotten involved yet, and you can afford it, perhaps this could be the Summer that you make a pledge?

If you’ve supported us at some point over the last eight years(!), I can’t tell you what a difference it’s made to us. This is the best job that any of us have ever made, and we hope that we’ve shown our dedication to paying it forward.

Have a great weekend, everybody. And thank you.

END_OF_DOCUMENT_TOKEN_TO_BE_REPLACED 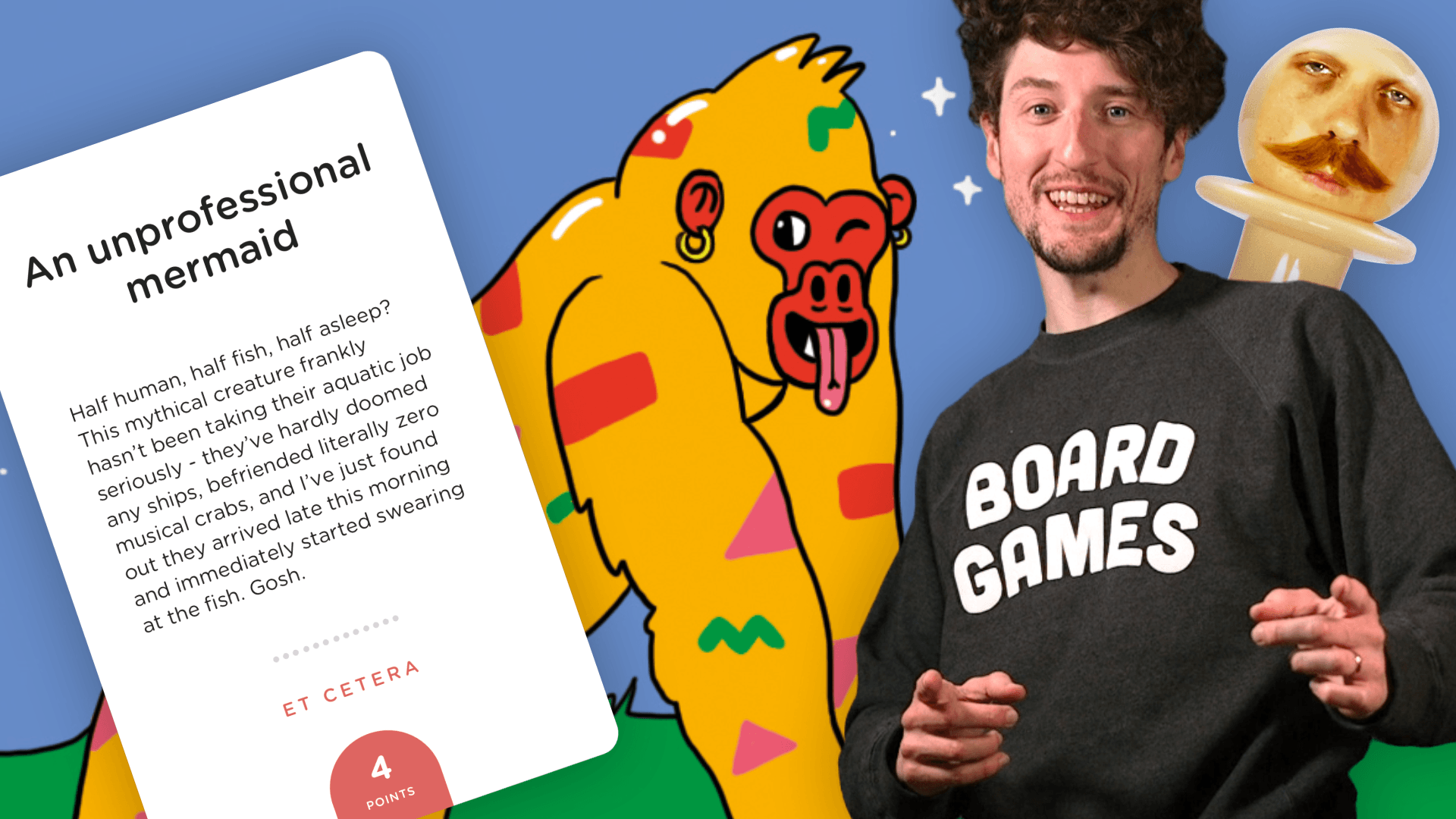 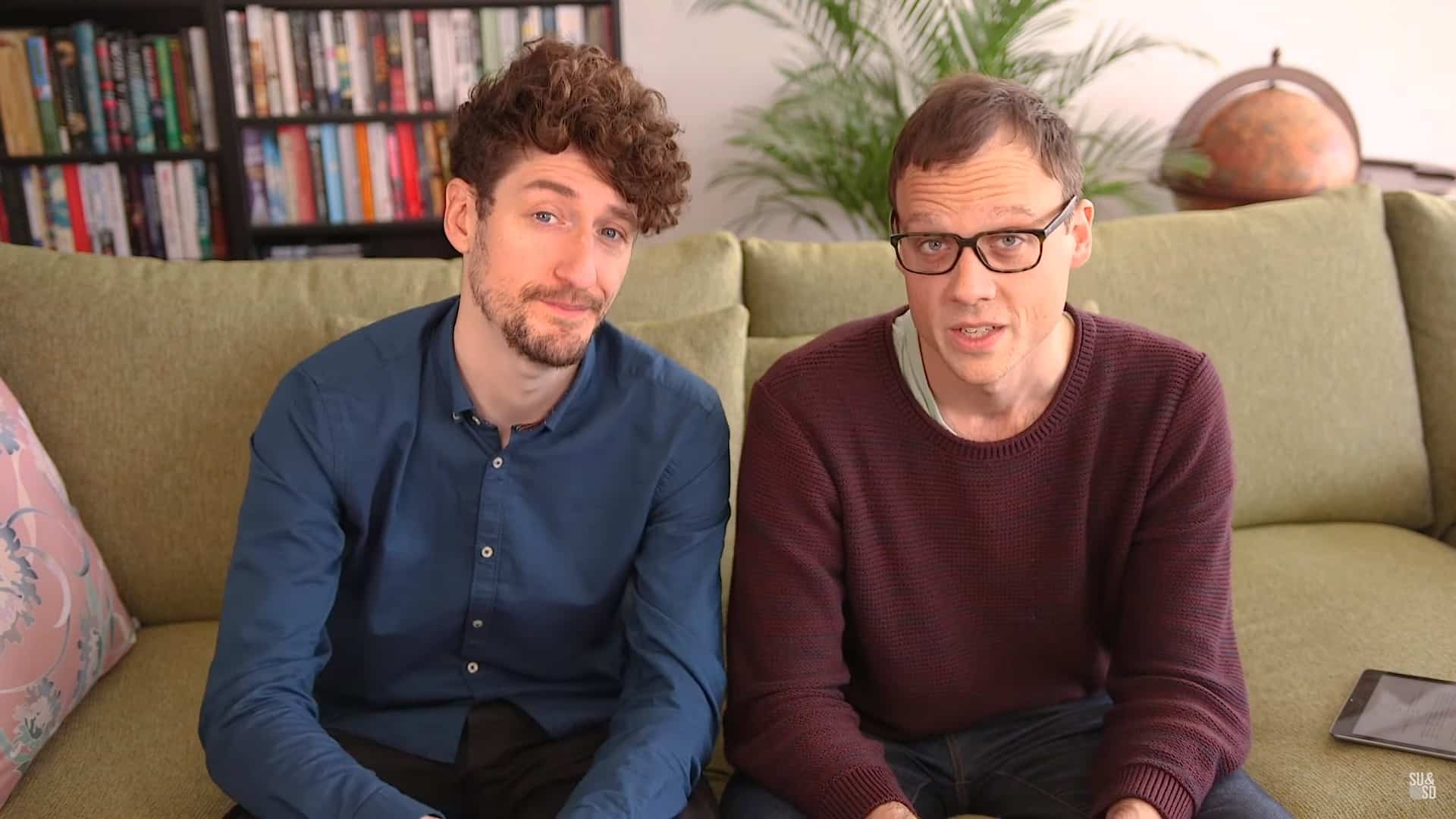 Quinns: Are you interested in coming to the third Shut Up & Sit Down convention this October? Because tickets are now on sale on the official event page!

If you’re one of our amazing attendees from previous years, you’ll know what to expect- a world-class buffet of published and experimental games, plenty of goofy stage shows, and all sorts of opportunities to make new friends.

It’s a huge privilege for us to be able to throw this party for the best community in board gaming. If you want to see what all the SHUX is about, we’d love to see you there!

END_OF_DOCUMENT_TOKEN_TO_BE_REPLACED 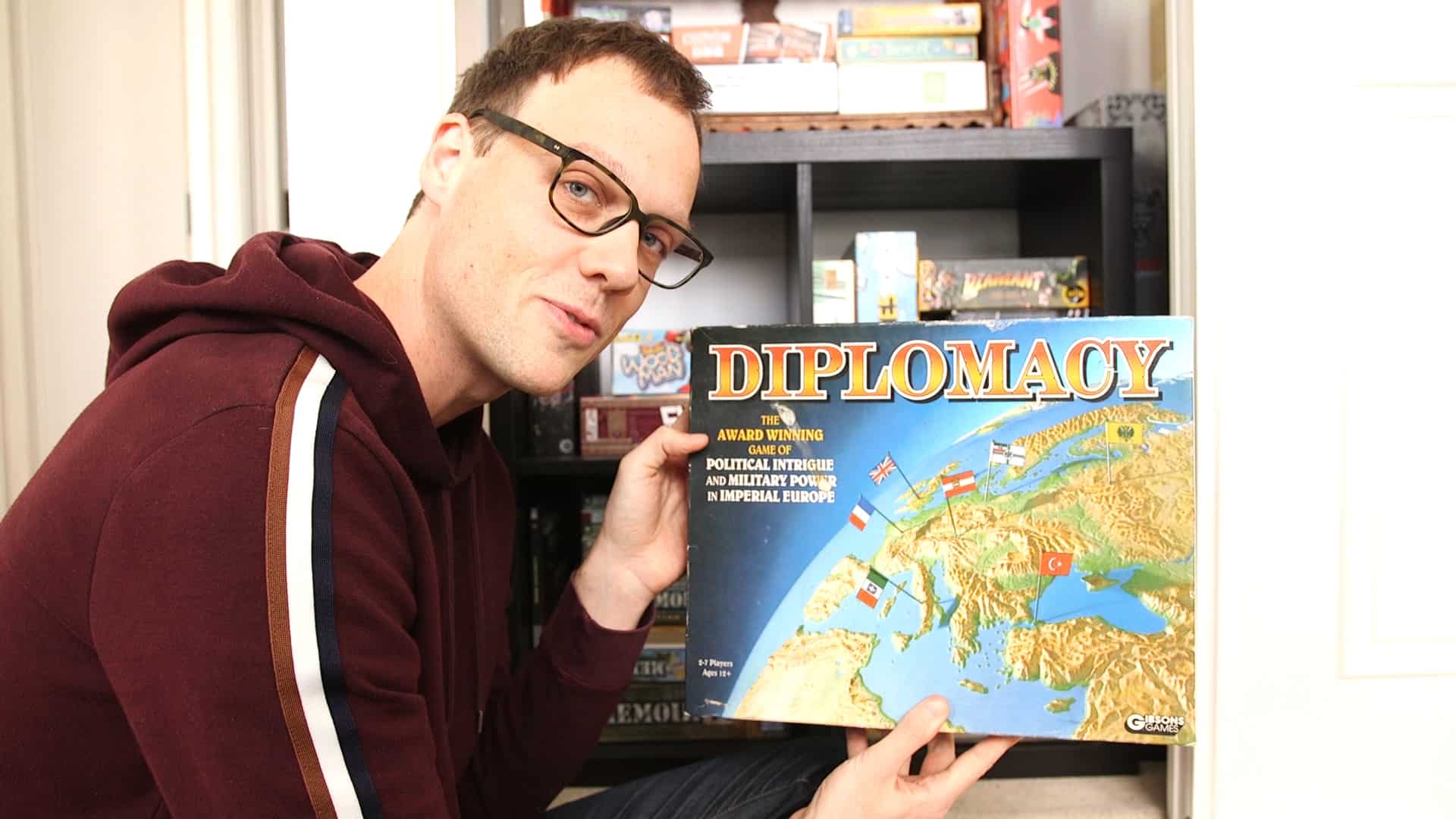 This year, we’re doing something a little more personal: A series of videos on the team’s board game collections, starting with Quinns. After working on SU&SD for seven years, games slipping between his fingers like grains of sand, these are the 136 (plus) games that he’s chosen to keep (and a few that are in his flat despite his best efforts).