Mart Leez: is it time for news? I’m always up for newsing the news, but I’m worried my newses might be sad news or old news. There’s plenty more news in the sea. You salty newsdog. News of the World is my favourite Queen album. There’s no news without fire! I’m tired.

Ava: I think it might be time to put Mart to bed. Maybe you should read its favourite bedtime story. You know, the one about what streaming is happening over the next two weeks.

Tom: Ah yes, let me get that one down from the shelf. It’s called ‘This Tuesday We’ll Be Playing Fugitive with Tim Fowers, then on Thursday Matt will be playing some solo Print and Plays’. After that we could read the sequel? That one is called ‘Next Tuesday it’s Oceans with Dominic Crapuchettes.

Ava: Classic titles, one and all. Goodnight, sweet Mart. You were such a convenient joke.

Tom: I’ll get the pillow.

Ava: Hey everybody! It’s time for some news! Probably the biggest (games) news of the last week has been the most grimly inevitable. Yup, it’s official that both Gen Con and Essen Spiel are not going to happen this year, at least not in their traditional form. 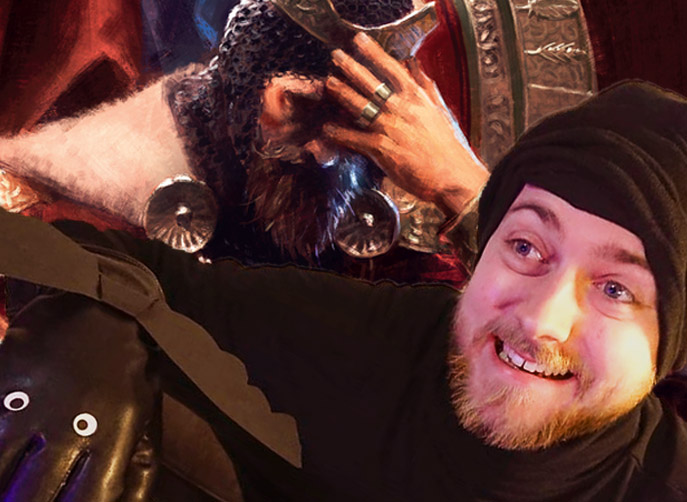 Back once again like a renegade podcast, the Shut Up & Sit Down podcast is back in action and ready to wrestle with your ears and your brain. Let’s not bury the lede – we’ve got a formal introduction to make this week, with the official addition of Mr Tom Brewster to the team. He’s lovely, and you’ll be hearing and seeing a bunch more of him in the months to come.

In this episode of the podcast we dive back into Suburbia, explore The King’s Dilemma, and dabble with Abomination and Finger Guns at High Noon as well as plenty of others. We also have a rather lovely reading of Tactics and Tactility by Ava Fortfox, as a break from all of this ghastly pod-wrestling.

Due to exciting new technological discoveries, you can now expect a new episode to drop on Friday every other week! Thanks to the patience of those who love the podcast and have missed it over the last few months, you’re the best.

It's the Games News! Featuring the new game from Reiner Knizia and a game that isn't out yet, but we already like. Also, apparently Quinns now owes Ava £40. shutupandsitdown.com/games-ne… pic.twitter.com/nqCrsqksZi

@D_S_Pumpkins Gosh, that would definitely fix the exact problems that we had with it!

In lieu of a video this week, we'd like to offer a bit of silliness...

TECHNICALLY DIFFICULT with Shut Up & Sit Down twitch.tv/shutupandsitdo…