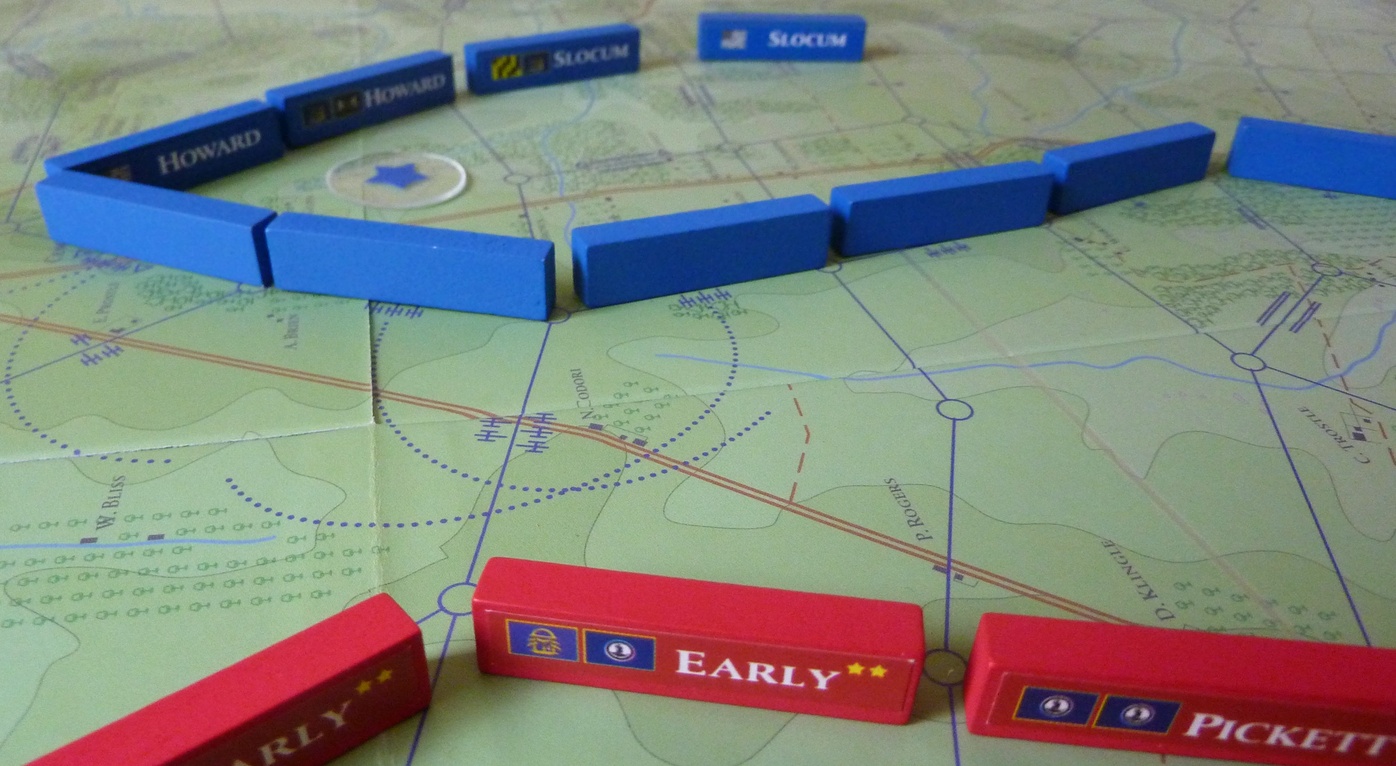 [As of 2018 we’ve updated this article to include Rachel “Bowen” Simmons’ correct pronoun.]

Brendan: Hi Matt! So nice of you to invite me to your summer garden party! You know, I literally can’t remember the last time we saw each other– OH GOD WHAT’S THAT ON YOUR FACE

Brendan: Sorry, I thought it was a badger.

Thrower: This month sees the 150th anniversary of the Battle of Gettysburg, often cited as the turning point of the civil war. To celebrate, I’m participating in an ultrarealistic re-enactment, playing the part of Confederate General Robert E. Lee. You missed the first two days. I’m whiling away this third morning while my troops assemble playing this new wargame on the battle, The Guns of Gettysburg. 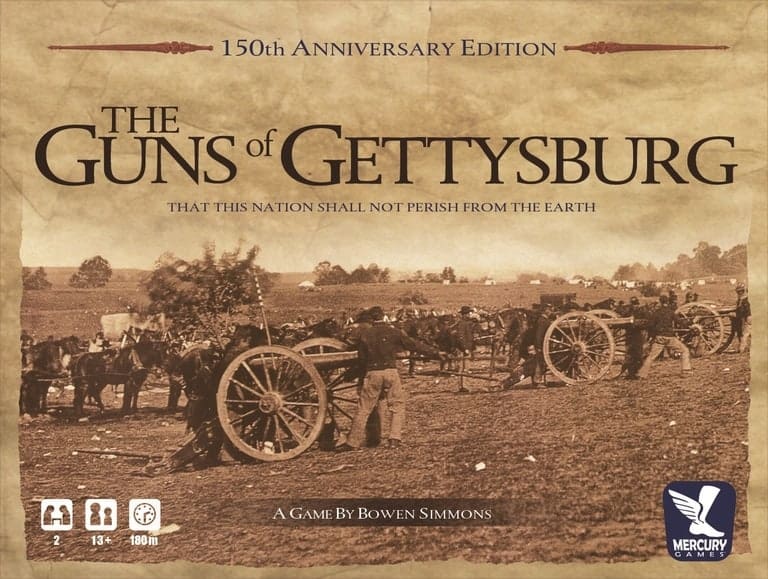 In the aftermath of his stunning triumph at Chancellorsville, Robert E. Lee decided to carry the war to the North in the hopes that a victory on Northern soil would win the war for the Confederacy. Lee’s Army of Northern Virginia was as close in numbers to its antagonist, the Army of the Potomac, as it had ever been, and that army was in a leadership crisis that would result in a new commander, George Meade, being appointed in the middle of the campaign.

Only two days after Meade’s taking command, a Union cavalry division outside of the town of Gettysburg came under attack by Confederate infantry. The engaged commanders of both sides called for reinforcements, and without orders from either Lee or Meade, more and more units from both armies rushed to the scene. Without anyone having planned or intended it, the decisive battle of the campaign, and perhaps the war, was underway.

The Guns of Gettysburg recreates that historic battle. Derived from the system used in the acclaimed Bonaparte at Marengo and Napoleon’s Triumph, the game, still in development, will retain the striking appearance, simple rules, and fast play of its predecessors. The system will, however, have numerous changes to reflect differences between the Napoleonic and American Civil War periods and also the special characteristics of the battle of Gettysburg.