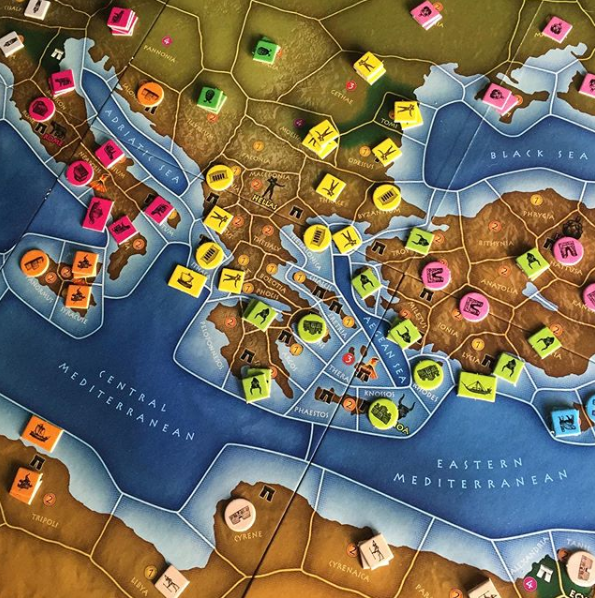 In what is still definitely *not* our 100th episode, Quinns and intern Ben are grappling with some truly epic boxes. As is the SU&SD motto, “We grap so you don’t have to.” For starters, these two summon the energy to discuss their 12 hour(!) game of Western Empires (02:32). Then there’s chat about the byzantine challenges of hit Kickstarter games Cloudspire (18:05) and Skulk Hollow (29:38). Quinns reveals he can’t pronounce cacao in a segment on sprawling eurogame Teotihuacan: City of Gods (37:05), before the two round things off with some lighter games, namely Yokai (43:06), Detective Club (46:57), and Combo Fighter (53:06). Thanks to our amazing community, podcast transcripts are available here, and are usually completed within a week of the podcast’s release.

END_OF_DOCUMENT_TOKEN_TO_BE_REPLACED 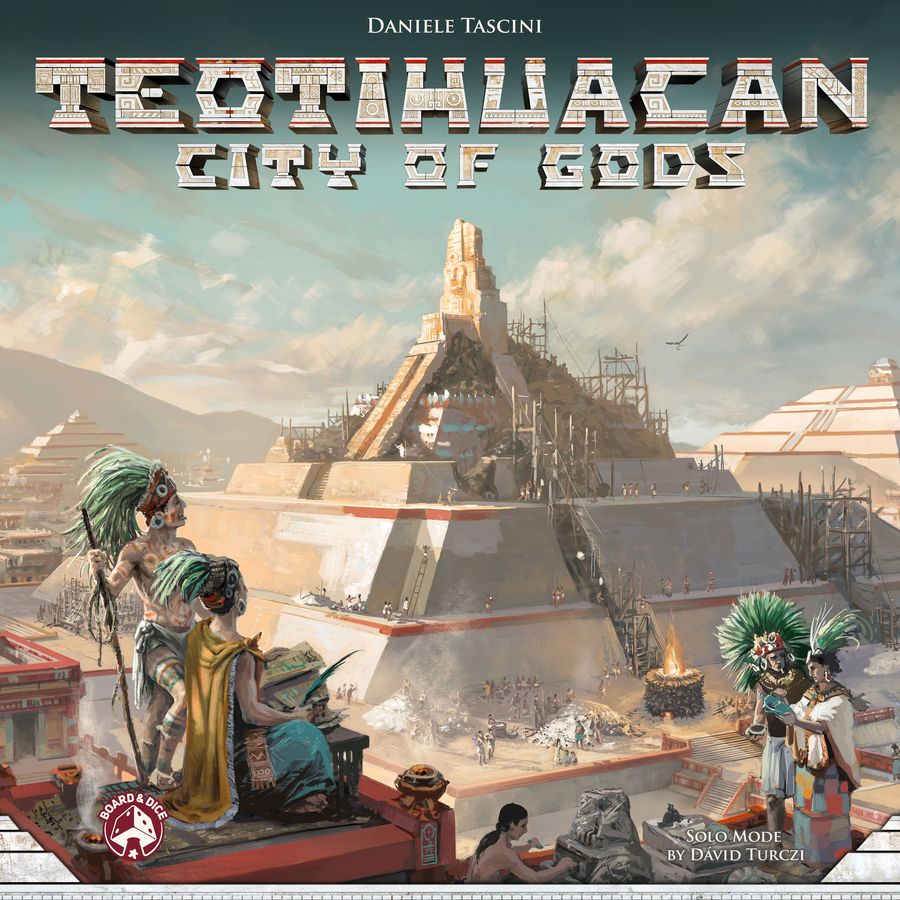 Travel back in time to the greatest city in Mesoamerica. Witness the glory and the twilight of the powerful pre-Columbian civilization. Strategize, accrue wealth, gain the favour of the gods, and become the builder of the magnificent Pyramid of the Sun. In Teotihuacan: City of Gods, each player commands a force of worker dice, which grow … Read more