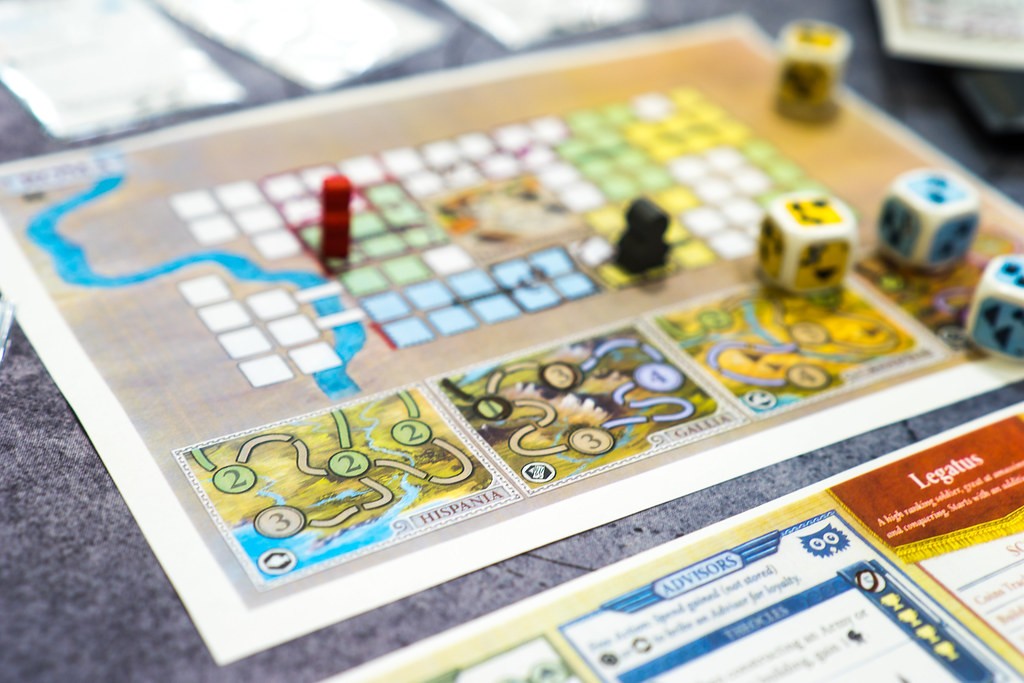 Fans of our award-winning board game podcast should know that the pod-apult is armed and ready.

Finally, following on from team SU&SD having recently discovered the joy of using pencils to write on paper, we’ve just now learned about BOOKS! Specifically, the book Top 10 Games You Can Play In Your Head, By Yourself (49:35).

END_OF_DOCUMENT_TOKEN_TO_BE_REPLACED

64 AD: Rome is burnt to cinders, in need of rebuilding. With the city weakened, distant settlements across the empire refuse to pay taxes and need reminding of power of Rome.
Emperor Nero gathers the most influential members of the city with a clear task: rebuild Rome and recapture the settlements. Each player will utilise their asymmetric abilities to do so and earn wealth along the way in this new, interactive, heavy roll and write game.

Players draft from a pool of custom dice to collect resources and special icons that allow them to build buildings – by drawing onto the map of the Seven Hills of Rome, Tetris-style -, collect legionnaires, invade rogue settlements, or build the famous network of Roman Roads to the already pacified ones. Trading resources and other abilities might earn them coins, building Shrines will allow them to utilise the Favours of the Gods, and careful interaction with other players will surely lead one of them to victory!

What will he be streaming, exactly? Well. *checks notes...* It says here he's going to be assembling a flat-pack wooden storage box for Gloomhaven? That can't be right, surely.

Later today (April 2nd) Matt will be doing a bit of solo streaming on Twitch! Tune in! *3pm BST / 10am EDT / 7am PDT* twitch.tv/shutupandsitdo…