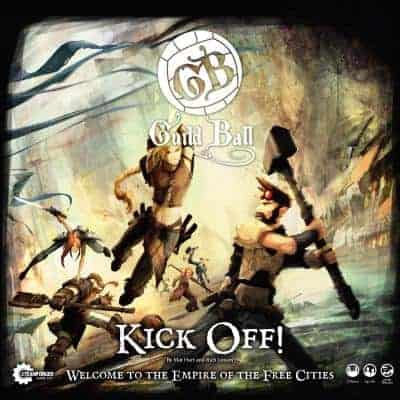 After 12 months of development, Mat Hart and Rich Loxam are pleased to present “Guild Ball”, a tabletop medieval football wargame. Playing the role of the team coach, you will take control of a Guild Ball football (soccer) team and with a combination of tactics and strategy attempt to outscore your opponent whilst simultaneously trying to achieve additional secret political objectives and agendas.