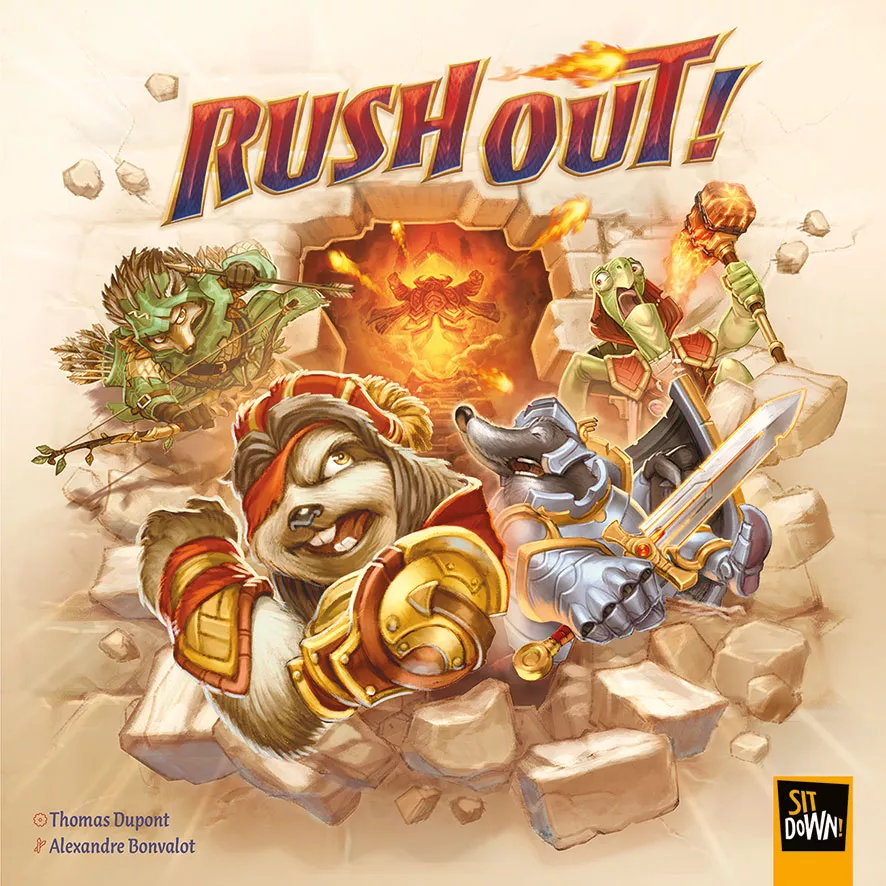 It was far too easy to progress into this dark dungeon, far too easy…but you progressed anyway, and when you reached its very last level, you had the bad idea to wake up the sorcerer — the big boss — and now the only way you can survive is to rush out the exit.

Rush Out! is an asymmetric and hectic game for 3-5 players, with 2-4 heroes trying to escape while the sorcerer casts spells against them. Everybody plays simultaneously, with each “team” rolling and re-rolling dice (three per hero, and five for the sorcerer) in order to complete cards. Each player can place dice on only one card at a time, and each ordeal card on the heroes’ side can be completed by at most two people. As soon as a card has all of its symbols covered, you carry out its effect (in the case of the sorcerer), then draw a new card. The first “team” to draw the final card of their deck wins.