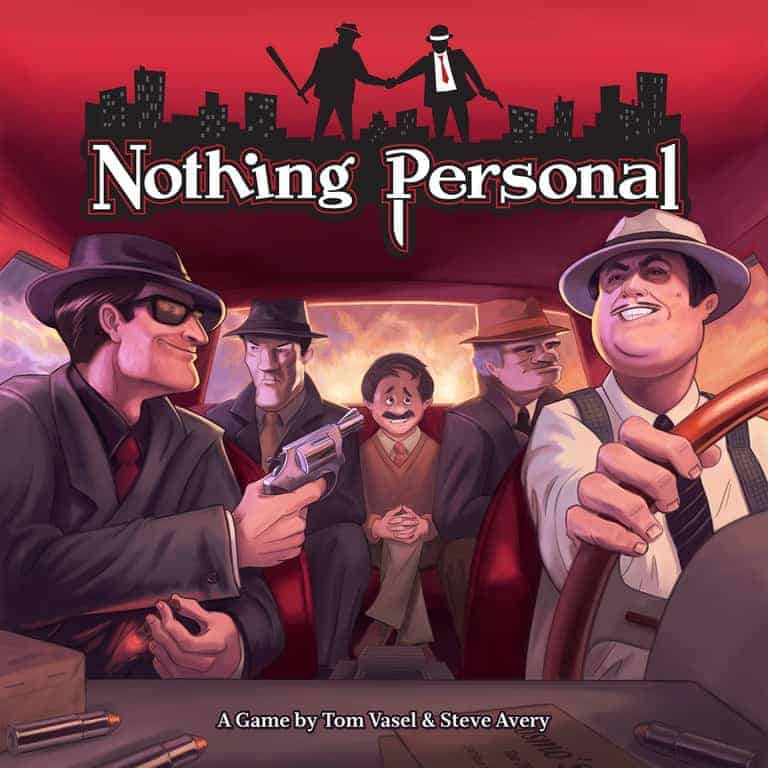 The Capo is getting old and about to retire. You think. Maybe it’s time for you to make your moves from behind the scenes, to put the gangsters into play that support your goals. Will you gain the most respect?

Nothing Personal is a game for 3-5 players. Players attempt to gain the most respect in five turns (five years) by amassing respect amongst the mafia through influence, negotiation, blackmail and bribery.

Players take turns playing influence cards to take control of gangsters and work them up the chain of power. Each position and gangster has their own special abilities that give players the edge they need to accrue the respect they deserve – to become the Boss of Bosses.