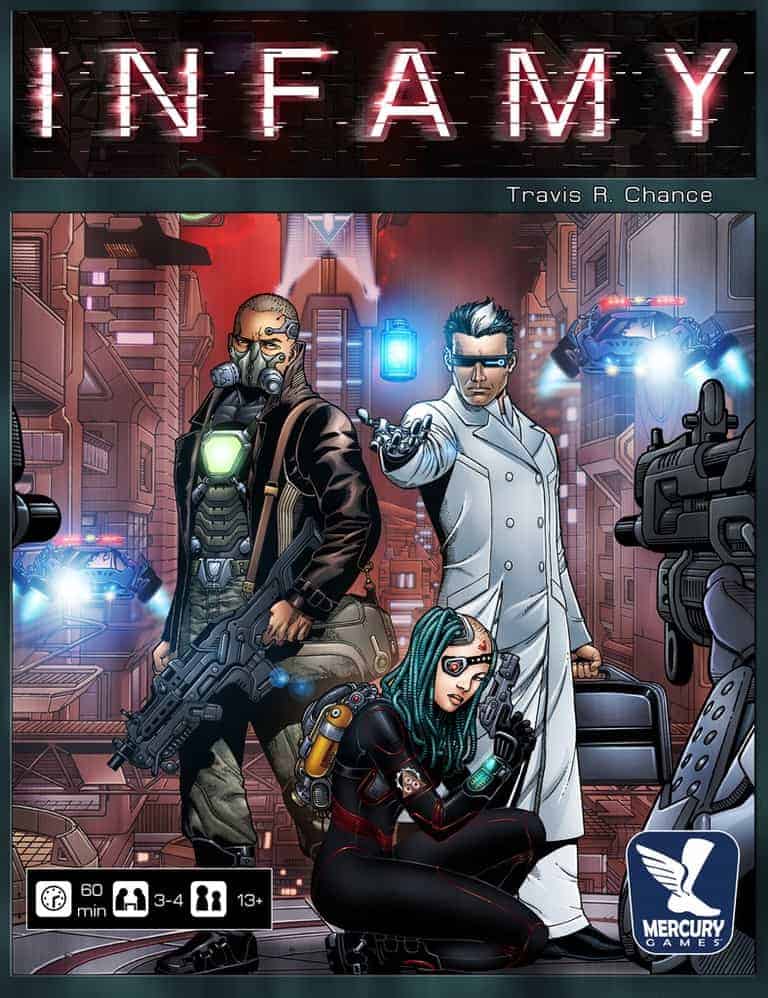 In the Martian mining colony of ARES-6, crime pays. Three factions vie for control of this corrupt new world and everything within it. You are a mercenary known as a “freelancer”, here to profit off the conflict, to make a name for yourself – but ambition alone isn’t enough. A network of seedy contacts will assist you in undertaking the dangerous missions necessary to bolster your rep. Whether it’s hiring henchmen to carry out your dirty work or plotting with secret schemes, you’ll let nothing stand between you and your squalid goals.

In Infamy, players find that nearly anything can be bought for the right price. Players attempt to win the game by being the first to reach 15 Infamy points or by reaching the highest reputation level in any one of three factions: the Harada Cartel, the Trust Megacorp, or the PKD Militia. The core of this auction and influence game is the “Pay to Play” mechanism in which players must sacrifice bidding power in order to place any bids at all. Spend too much time bidding against an opponent, and your currency will dwindle – but if you refuse to bid, you’ll be forced to watch your opponent acquire all those things that only the criminal underworld can deliver.

Here at the end of the world, where everyone and everything has its price, there is but a single ambition that endures: Infamy.