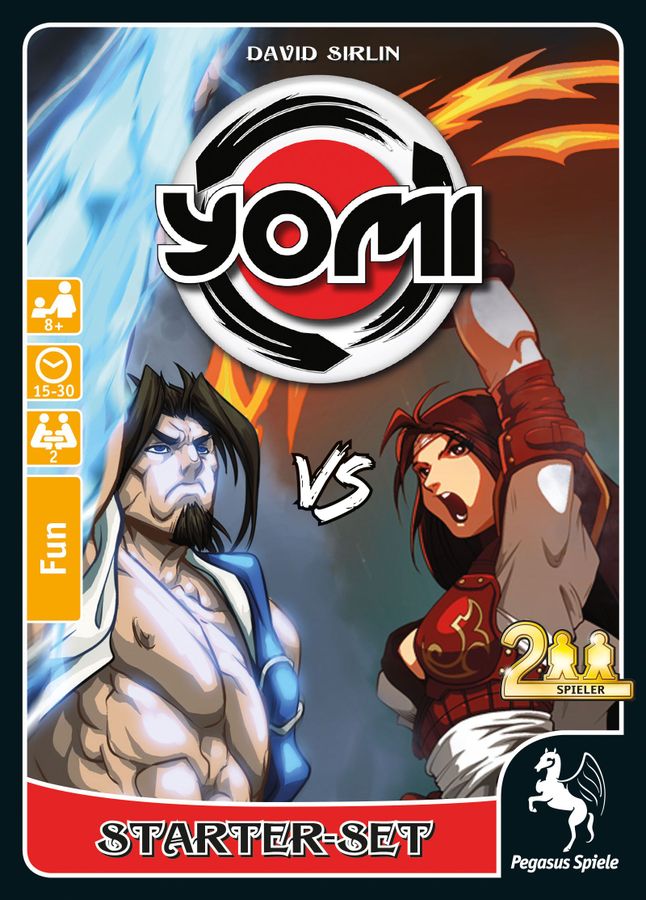 Yomi is a fighting game in card form in which physical dexterity is replaced by hand management skills. Just like in a fighting game, you have to know your character, know the matchup, and know your opponent. Each character has a deck that follows the same conventions as deck of playing cards. This makes it easy to learn the contents of your deck: numbered cards are normal moves, face cards are special moves, and aces are super moves.