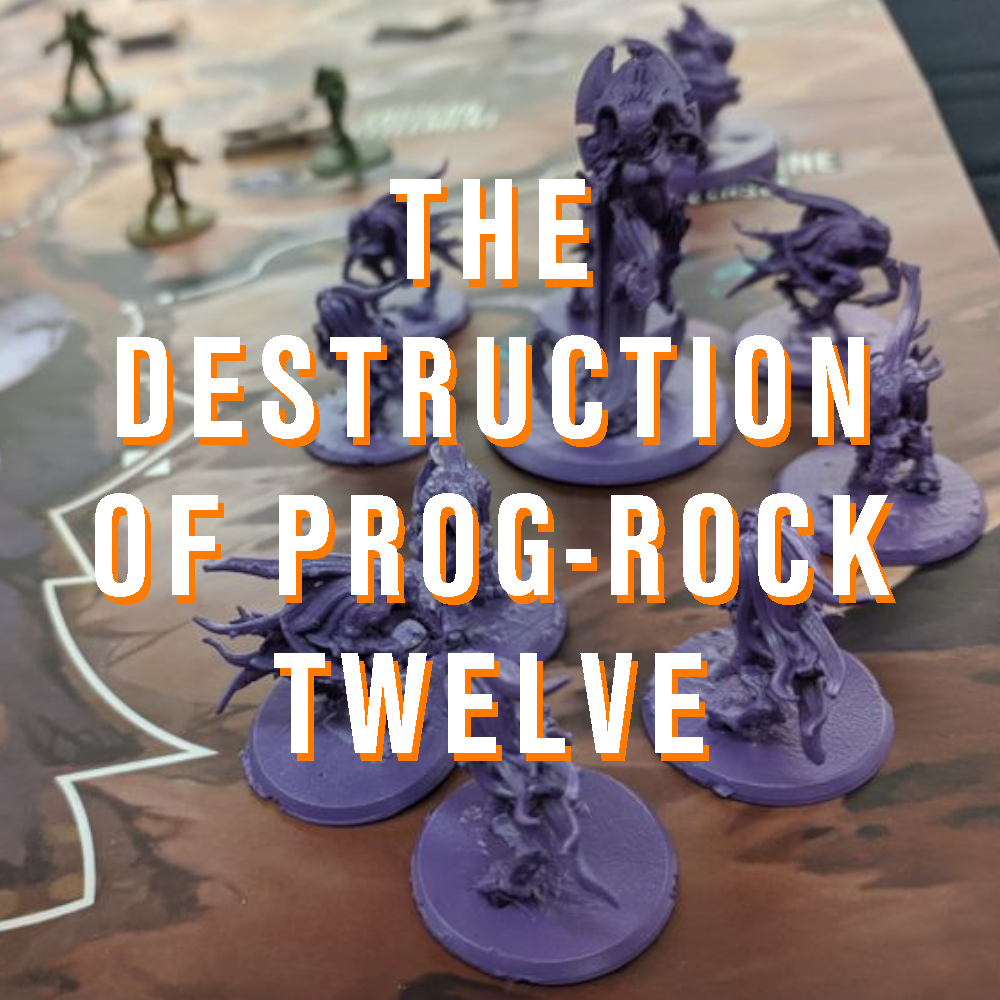 Quinns, Tom and Ava voyage boldly into the great boardgame unknown, this time without Matt’s assistance on the technology side of things! The result? A podcast that’s deeply flawed. Am I going to triple-check the edit to make sure the audio isn’t slipping and sliding around, crashing into itself like an ouroboros of waveforms? I’m sure you’ll be able to guess the answer to that question by just listening to it.

This week, we get covered in eldritch goop while talking about Cthulhu: Death May Die, barraged by dice AND pirates in Madeira, turned into candles with a Thousand Year-Old Vampire, and utterly BAFFLED by the interlocking systems in The Defence of Procyon III! We’ll also be talking a little about the games we’ve looked at recently, and discussing that stream.

Tom: … and then once both of your time tokens reach the end of the track, the game is over! You’ll score based on the number of buttons you have left, and any empty spaces on your quilt will be scored negatively.

Mart Leez: When do I eat the buttons?

Ava: Mart, for goodness sake, if you’re going to be part of the team you’ll need to understand Patchwork, at least. We’ve been trying to teach you for a whole week, I’m starting to thi-

Mart Leez: Hello to the folks at home! This week we’ve got an exciting bunch of streams for you, fresh from the LeesCorp streampipe-

Tom: Ava why is it doing that

Mart Leez: This week we’ve got the final part of the Gloohaven stream, where the original LeesCorp drone will continue its sisyphean task, compiling the box in which it will eventually be buried. Tune in on Tuesday! Then, later in the week, we’ll be testing the machine-learning capabilities of our other models by continually achieving consensus. That’s right, it’s Wavelength with SU&SD, live on Thursday!

Mart Leez: Can I eat the buttons yet?

Ava: … that’s enough of Mart for today… Let’s power you down and get on with the news.