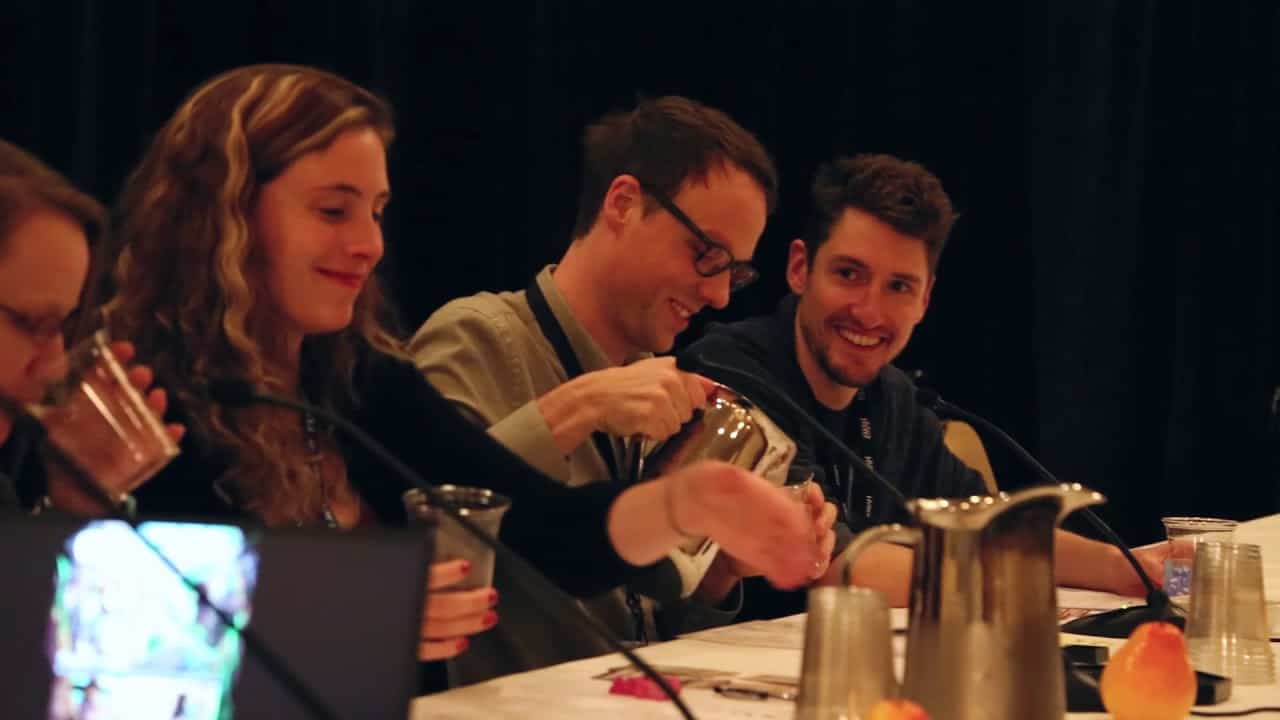 Paul: Are you already missing the madcap misadventures of SU&SDD&D? Then grieve not, because today we’re also sharing our very special (and slightly different) live SHUX roleplaying session. Prepare yourselves for The Hangover!

This rather different D&D module is based around the hugely successful comic Rat Queens and was authored by its creator, the ineffable Kurtis Wiebe, so who better to ask to run this remarkable roleplaying event than the man himself? Yes, that’s right, Kurtis took the helm while Pip, Cynthia, Quinns and Matt went wild with his characters. Don’t worry, no canon interpretations were harmed during the making of this video.

Our huge thanks again to Kurtis for flying in to make this happen, for doing a Q&A after and for being such a terrific convention guest. This is also a personal point of pride for me, as I assembled and organised most of this session, and it was a pleasure to bring some live roleplaying to SHUX. One short word of warning: this is definitely a little more NSFW than many of our other videos. As they say in some parts of the world, viewer discretion is advised.

END_OF_DOCUMENT_TOKEN_TO_BE_REPLACED 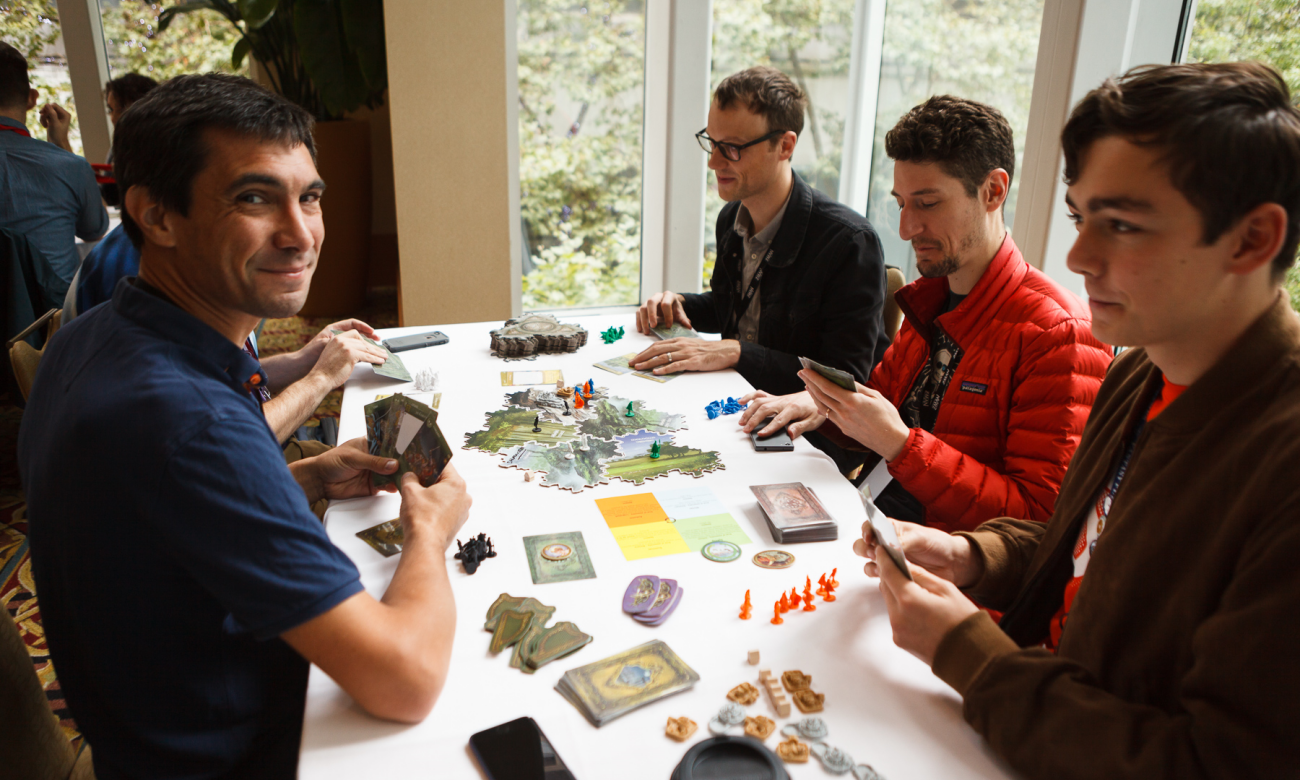 Paul: It feels so very, very strange to be doing this. We’re always writing post-con roundups, flying home and tapping out our thoughts on the best new games we tried, but to do that after our own con? It feels a little peculiar, like the first time a doctor shone a light into my ear. But that’s a proper, sensible thing that doctors do, right? It’s not just for giggles?

Matt: At the time, it was straight-up stressful! We hadn’t accounted for the fact that people might be showing off things we really wanted to look at, so we frantically juggled schedules to try and check stuff out. There was still so much we missed, but we caught some REAL GOOD BITS.

Paul: For a start, Matagot only went and rolled up with an Inis expansion that they just casually announced IS A THING THAT EXISTS?