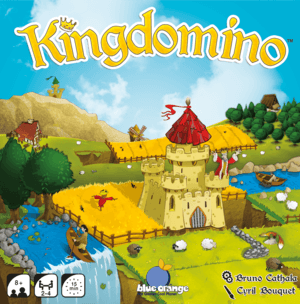 In Kingdomino, you are a lord seeking new lands in which to expand your kingdom. You must explore all the lands, including wheat fields, lakes, and mountains, in order to spot the best plots, while competing with other lords to acquire them first.

The game uses tiles with two sections, similar to Dominoes. Each turn, each player will select a new domino to connect to their existing kingdom, making sure at least one of its sides connects to a matching terrain type already in play. The order of who picks first depends on which tile was previously chosen, with better tiles forcing players to pick later in the next round. The game ends when each player has completed a 5×5 grid (or failed to do so), and points are counted based on number of connecting tiles and valuable crown symbols.

END_OF_DOCUMENT_TOKEN_TO_BE_REPLACED

Quinns: Good morning, Paul. How are you on this brisk winter’s morning?

Paul: I am so refreshed and wholesome.

Quinns: I slept curled up, and a draft in my bedroom froze me into a parenthesis.

But nevermind my failing body. Paul, voting has begun for the annual Pearple’s Choice awards on the SU&SD forum! Everybody reading this should go and vote for their games of 2017, and we’ll be discussing the results on our year-end podcast. Vote now to replace disappointment with frustration! Isn’t democracy fun! 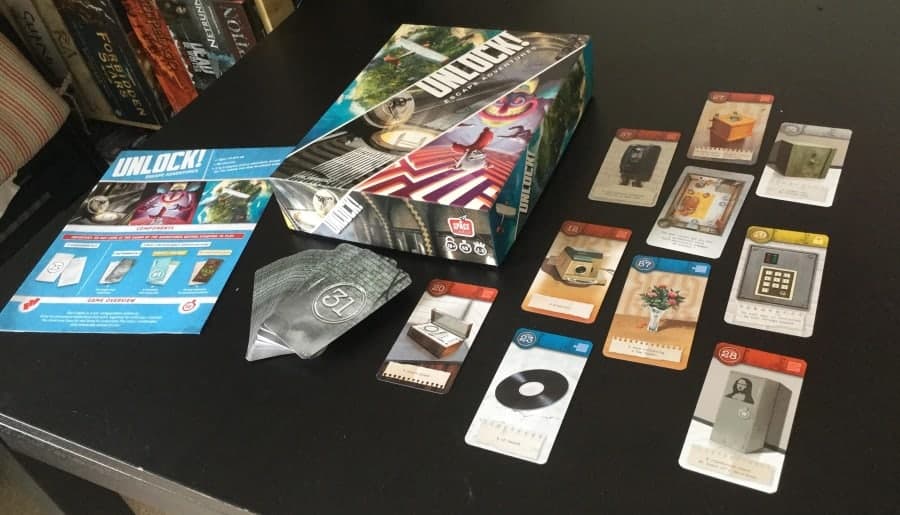 You guys love podcasts! We literally know how to do them! With episode #55 of the SU&SD podcast we’re committing to getting these bad babies out twice a month. If you like what you hear please do share it among your friends! So what’s in this one? Ooh, only Quinns discussing the electrifying yet accessible escape rooms of Unlock! (which has a free demo available online), the insanity of Magic Maze (which also has a free print-n-play version) and the challenging slumbers of When I Dream, while Paul outlines his pathetic enjoyment of Kingdomino and his struggling TV station in The Networks. We close with Quinns talking about Snakes & Ladders after discovering an astonishing article on its history, and finish with a Christian folk game that leaves the pair even more speechless than usual. Let’s just say that teenagers should never be given power, but especially not iron age judicial power. Enjoy, everybody!