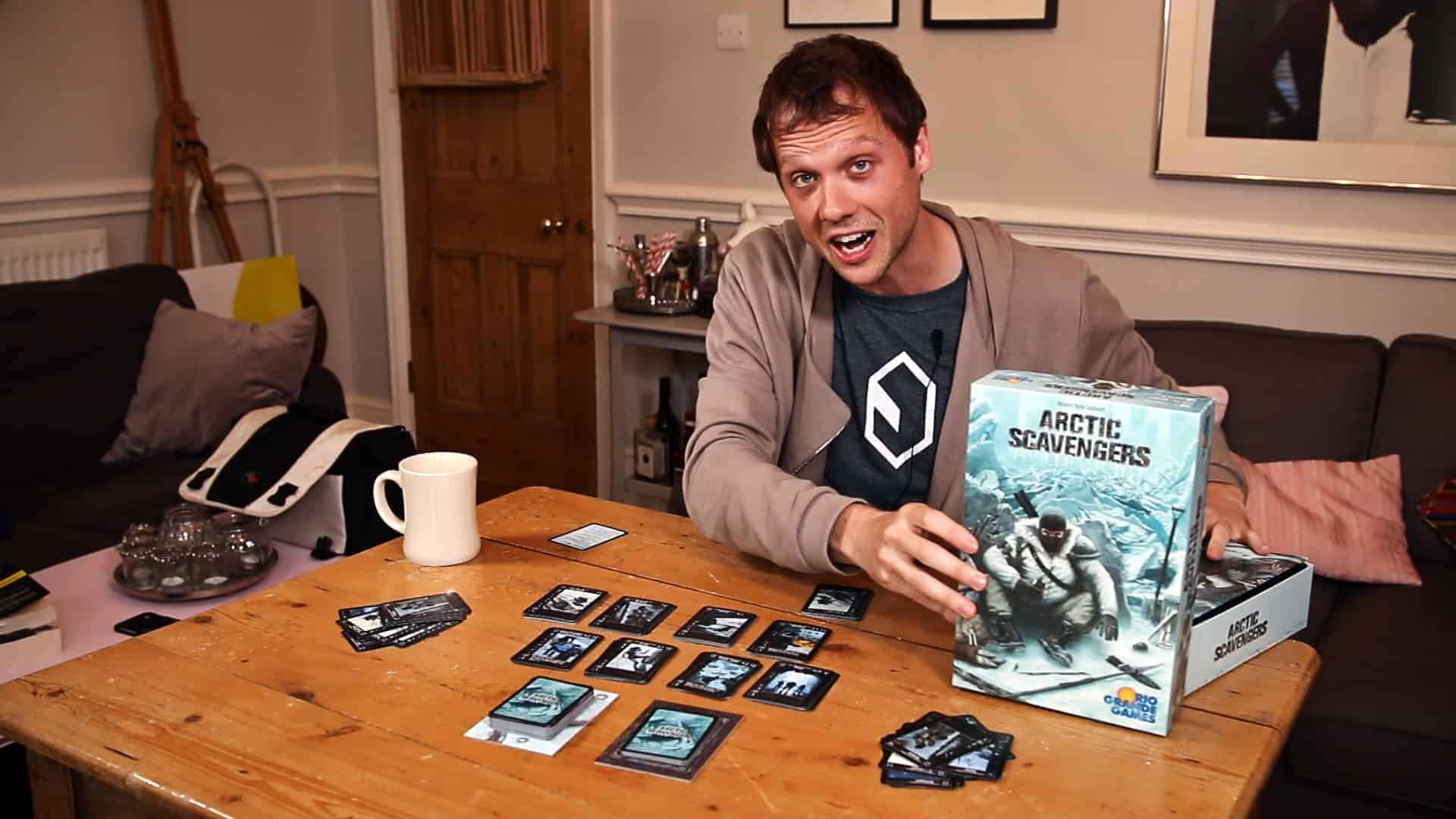 Public service announcement: 2009’s Arctic Scavengers isn’t simply still a great game. It might still be the greatest game to ever let players slip cards into their personal deck and go “Ooh, this feels a bit nice.” And if you’re new here, you should know that that’s a hotly contested genre.

If you missed our extensive coverage of this frosty classic you’ll find Quinns’ original video review here and his investigation of 2015’s Recon expansion here. And remember, you can now get the base game and the Recon expansion in a single box!

You scream, I scream, we all scream for icy warfare.

END_OF_DOCUMENT_TOKEN_TO_BE_REPLACED 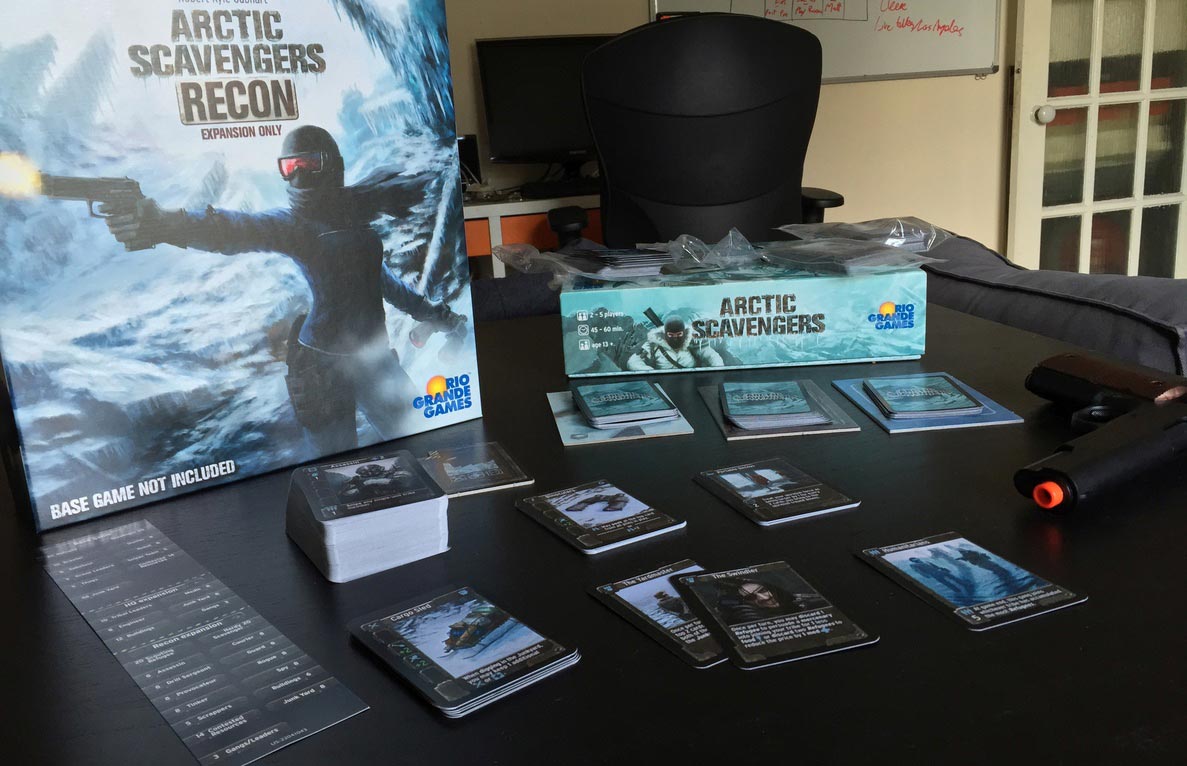 Quinns: HELLO! And keep your voice down. It’s me, Arctic Scavengers Quinns, from our Arctic Scavengers review! Contrary to popular belief I didn’t die at the 10:26 mark. Like all good cliffhanger TV you didn’t see me get shot, leaving the screenwriters free to bring me back at a whim.

And we’ve got one heck of a juicy whim for you today. Arctic Scavengers: Recon is a big expansion for this phenomenal deckbuilding game of frosty bluffs, fully compatible with the “HQ” expansion in the base game. It’s also available in a box that combines Recon, HQ and the base game, which is quite the offers if this deceitful game slipped you by the first time.

END_OF_DOCUMENT_TOKEN_TO_BE_REPLACED 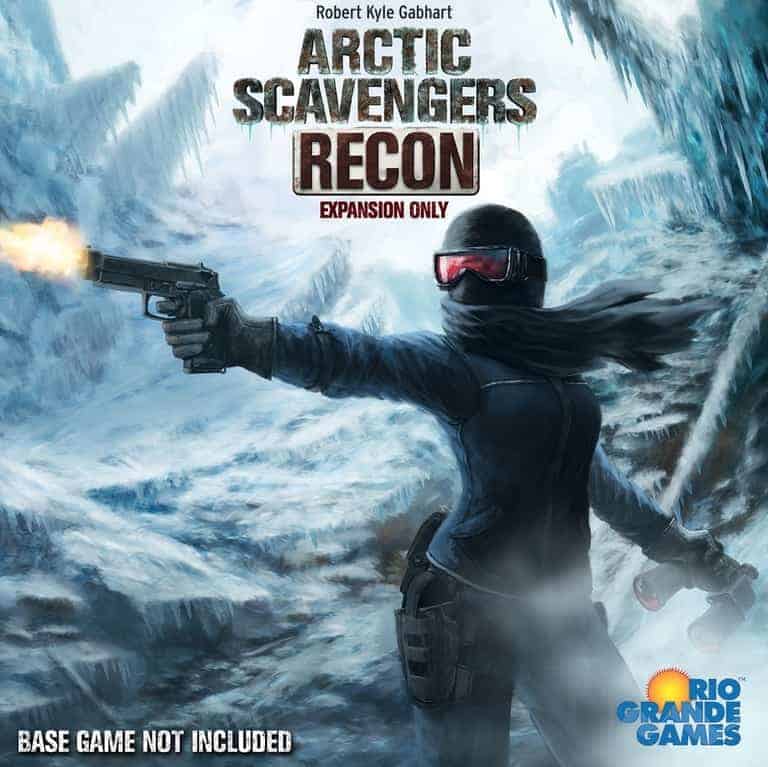 The world of Arctic Scavengers pits players against one another in an attempt to survive a post-apocalyptic ice age. As the competing tribes developed and grew, headquarters were established for each tribe (supported via the HQ expansion included with the Arctic Scavengers base game from Rio Grande Games).

As the tribes have evolved further and struggled for dominance, information has become the most valuable currency. In the new world mapped out in Arctic Scavengers: Recon, deception reigns, leading to a need for reconnaissance. This expansion adds new tribe leader roles, new mercenaries, new equipment, and new levels of player interaction (i.e., new ways to make your opponents feel pain).

Arctic Scavengers: Recon comes with a plastic insert to organize the cards (including those from the base game and HQ expansion) for ease in play set-up.

New News, fresh today! A SU&SD favourite is back on Kickstarter, and they've also announced a sequel to Warhammer 39,999 shutupandsitdown.com/games-ne…

It's a Podcast Friday once again! This time we've got vampiric anecdotes, pirates'n'dice, and a deep dive into a hugely ambitious assymetrical war game. Dig in! shutupandsitdown.com/podcastl… pic.twitter.com/CdzdrAeQAg

If you missed our riotous live play of Wavelength with @philippawarr you can now catch it on our YouTube channel! youtube.com/watch?v=9kYMtr…

@DanielPharos Yup, sorry for the inconvenience Daniel! Our host is doing 'emergency maintenance' on our server, so hopefully it will be back up soon!