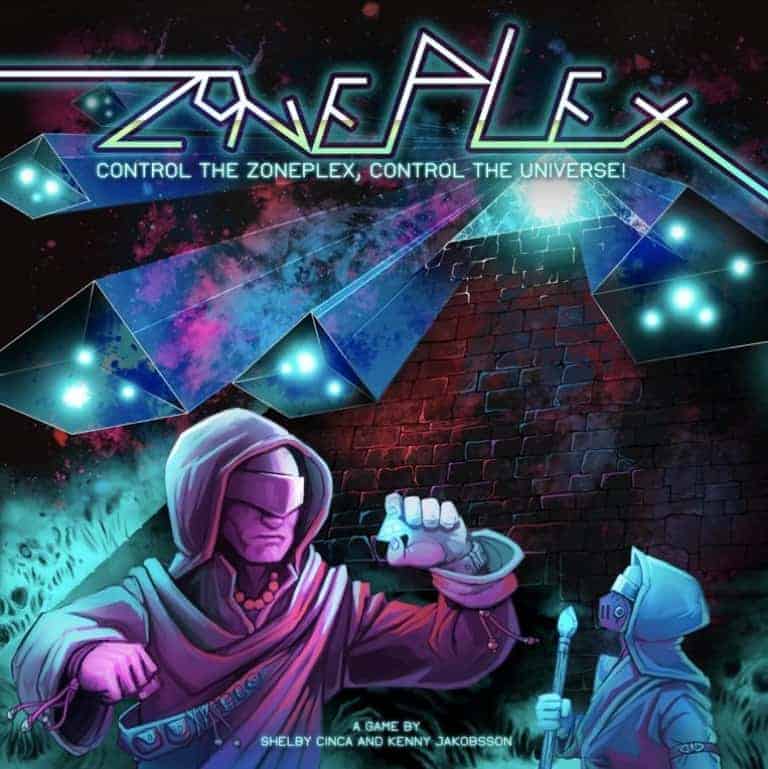 In the far future, humanoid empires of the universe turned to an intense study of ancient civilizations that existed on a planet known as Earth. They learned that these ancients simultaneously built pyramids towards the sky and had an extensive knowledge of the stars. It was rumored that perhaps they were the original colonizers and space-farers of the first human age.

Now, at the edge of a colossal black hole, a pyramid-craft known as the Zoneplex has emerged with legendary markings and glyphs of the deep past. The known empires have sent their elite warrior-monk mystics on a one-way mission to gain control of the Zoneplex, to emerge victorious and ultimately control the pathways of the universe and time itself.

Zoneplex is a game that combines a tile-laying/exploration mechanism, a collaborative battle system and a zone control system to create an intriguing adventure in an alien pyramid.