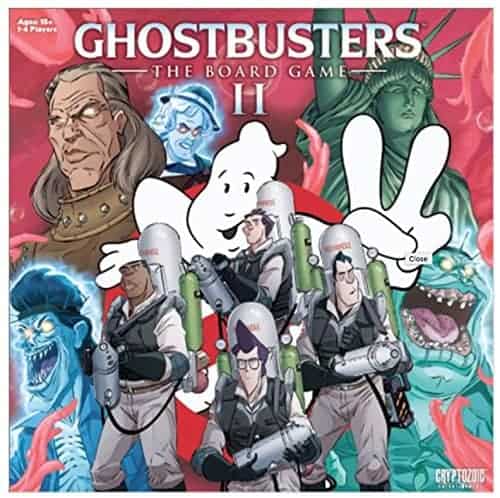 Ghostbusters: The Board Game II features an original story by Ghostbusters comics writer Erik Burnham in which the Ghostbusters investigate mood slime that has flooded the city, creating earthquakes and riots in another attempt to bring back Vigo and his minions. In line with the story, the map tiles in the game depict buildings destroyed by earthquakes and fires, as well as collapsed streets that expose sewers infested with slime, tunnels with derailed subway cars, and ghost trains.